The tragic death of Max Benson, a 13-year-old autistic boy from California shook the country, and now, almost a year after the horrific incident in which he lost his life, Max’s mother, Stacia Langley, speaks of the life without him and of the case.

Max was attending the special needs school Guiding Hands School Inc. located in El Dorado, which was supposed to be a safe place for its students, but sadly, it wasn’t.

In one occasion, Max was restrained face against floor and kept in that position for more than an hour during which he became unresponsive.

“This charge is based on the November 28, 2018, prone restraint of a minor student by Kimberly Wohlwend that resulted in that student’s death. This case is being filed after a lengthy, multi-agency investigation into the facts and circumstances that led to the death of this student.“

After they noticed Max had stopped breathing, one of the teachers tried to revive him via CPR before he was transferred to UC Davis Medical Center where he died two days later.

Nearly one year ago, 13-year-old Max Benson became unresponsive at school after investigators say a special education teacher restrained the autistic child in a face-down position. He later died at the hospital. Today the DA announced criminal charges in connection with his death pic.twitter.com/OJWDuC0tdv

Speaking to Sacramento Bee, Max’s mom said, “I haven’t done much except just cry. He had a big personality. He was full of life, he was funny, he was all the things you want your kid to be. People get the wrong idea about autism and what it means. In reality, Max was 5 feet 3 inches tall and only had social delays.”

Attorney Linda Parisi is representing Guiding Hands School owners Cindy Keller and Starranne Meyers. Both women, and a teacher, were charged with involuntary manslaughter and arraigned today for the death of 13 y/o student Max Benson. pic.twitter.com/u7p3PgoLOV

As the defendants are expected back in court on January 7, the attorney for Keller and Meyers, Linda Parisi said of her clients, “It is always a tragedy when there is a loss of life especially such a young life and a student. These two women have dedicated literally their entire lives to helping, educating, encouraging and working with special needs students.”

We are so very sorry that such young life was lost in such a tragic way. Rest in peace Max, we hope the justice will be served. 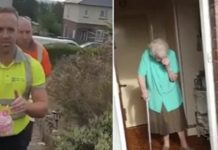