All of us who have experienced parenthood know how tough it is to make a toddler sit still while at a restaurant or another place where a lot of people gather. However, that can never be an excuse for letting the kid misbehave and disturb the rest of the guests or customers.

One dad shared with an advice columnist a story about his naughty kid and the waitress who tried to ‘discipline’ him. Obviously, this dad was convinced that letting his son ‘explore’ the restaurant wasn’t a big deal and condemned the poor waitress’ behavior towards the misbehaving boy.

He was hoping to get some sympathy, but was given ‘an award’ for poor parenting instead.

This is how he started his letter:

“My wife and I and our 4-year-old son were out to dinner last week. It was a medium-nice restaurant, not fast food, but not super fancy either.”

I don’t know for sure, but I got the impression that this dad’s description of the place means that if the restaurant isn’t really fancy or expensive, his kid can run freely and do what he pleases.

“My son is a normal, active little boy, and it’s hard for him to sit through a whole dinner, so we let him explore the restaurant a little. I noticed our waitress giving him the hairy eyeball, so we asked him to stop running.”

Having in mind that the boy was running around the tables where people were having their dinner, telling him to stop doing so was the least they could do.

On top of that, kids have to learn proper manners while at public places, otherwise, parents will find themselves in a position of other people telling their children off.

“He was pretty good about it after that, but he did get underfoot when she was carrying a tray, and she spoke to him pretty sharply to go back to our table and sit down.”

Looking things from this dad’s perspective, we can’t really tell how rude the waitress was, but we definitely believe she wasn’t happy with having a four year old getting under her feet while she was trying to do her job and serve people.

But who knows, maybe she really was overly rude and exaggerating.

“I felt it was completely uncalled for, and she should have come and spoken to us personally instead of disciplining someone else’s child,” the dad continued.

Getting really mad with the waitress for telling the kid to sit still so that everyone could have their meal in peace and quiet, the dad admitted how he even took things further and spoke to the place’s manager.

“I tipped 5 percent and spoke briefly to her manager, who gave noncommittal replies. My wife agrees with me, but when we posted about it on Facebook, we got a lot of judgy responses.”

After we read the whole story, we got to hear the advice columnist’s answer. Well, she said what we all think about the whole thing.

“Yeah, this is your fault. It’s hugely your fault. Of course it’s hard for a 4-year-old to sit still, which is why people usually stick to fast-dining establishments while working on restaurant manners. It’s why one parent usually responds to a fidgety kid who wants to “explore” by taking him outside the restaurant, where he can get his wiggles out while not taking laps around servers precariously carrying trays of (often extremely hot) food and drink.”

Nicole Cliff, the columnist then added:

“A kid ‘exploring’ a restaurant is not a thing. When you did intervene, it wasn’t to get him back in his seat. It was just to instruct him to ‘stop running.’ You weren’t parenting, so a server did it for you. She was right. You were wrong.”

It’s not that we are perfect parents ourselves, but most of us do their best to control our kids’ behavior, even if that requires a great deal of extra effort.

Cliff really hated the part about the tip and involving the manager into the situation so she said:

“I doubt that you will do this, but I encourage you to return the restaurant, apologize to the manager for complaining about your server, and leave her a proper tip.”

What do you think of this dad’s story? Do you feel for him or you believe he failed at parenting and should reconsider his methods of teaching his boy right from wrong behavior? 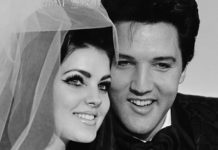 The private life of Elvis Presley’s ex-wife Priscilla, her family and her children