What would you have done?

Netizens were shocked when video footage showed a girl screaming in fright and clutching her hair as her own mother shaves her long locks of hair away. The reason? Apparently, she had discovered that her daughter had been bullying a classmate who was bald due to cancer. It was an attempt to provide a taste of her own medicine – for bullying.

Earlier on this week, the shocking footage emerged on Facebook where people claimed the mother carried out the brutal punishment after learning that her daughter had been teasing a classmate of hers. But other users online retorted that it was because the mother had found out the girl had posted nude pictures of herself online after pre-marital sex. No one knows what the real reason was due to conflicting sources. 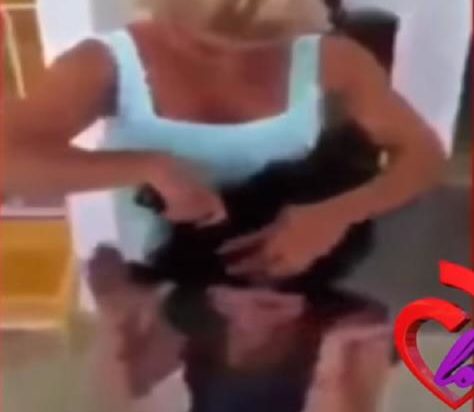 The clip was first posted back in February 2017, but went viral once again recently after many social media shares on Facebook. Many netizens were disgusted by the clip, with comments such as: “This is very bad parenting” and “Wrong”. Other agreed, commenting: “She shaved her head. The hair grows back again and I think she will learn a lesson”, “serves her right” and etc.

The mother and daughter were both speaking Portuguese, although where it was filmed is unknown. Many people commenting online agreed that the mother had acted inappropriately – no matter what the daughter had done. The punishment was too much, and bullying others always starts at home – parents should never post acts of humiliation inflicted upon their children online. Do you agree with this?

Watch the footage in the video below:

Woman goes to her home and finds stranger living there, police say they can do nothing