Being a firefighter not only requires physical strength, but also altruism, selflessness and willingness to risk your own life for the sake of others’. However, the firefighters’ job doesn’t only revolve around fires. When a group of firemen were called to a scene, they arrived to find a huge tree ready to topple over onto a house. Although this wasn’t their normal job, the firemen didn’t hesitate to take action, but they had no idea there would be another participant help them out who wasn’t a part of their crew. 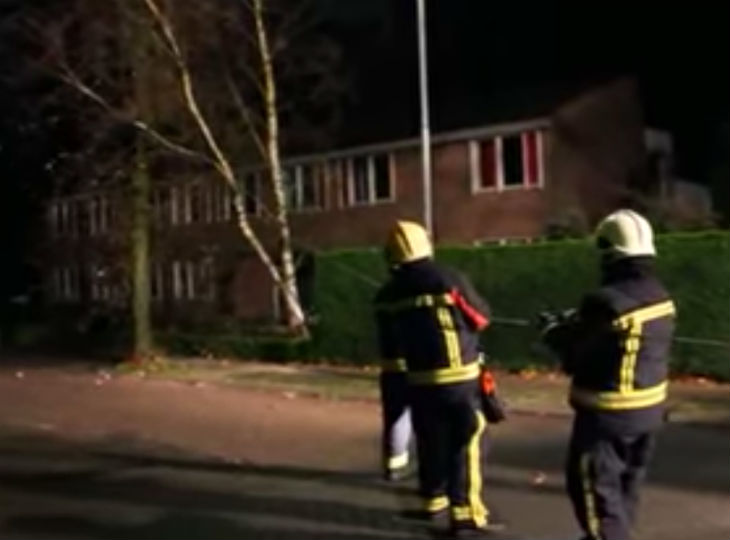 One firemen gets directly behind the tree and begins to use a saw to cut through it. While he tends to the saw, the others hold a rope connected to the tree. This ensures that they can pull back if the tree somehow starts to fall in the opposite direction from where they intended. But as an onlooker looks on and records he manages to capture a laugh out loud sight that has everyone cracking up!

The firemen begin to tug on their rope but little do they know they have an extra helping hand all the way at the end of the rope behind them. The men pull hard and onlookers behind them can’t stop giggling. Confused, the firemen begin to look around and that’s when they see a dog tugging and pulling with everything he’s got in the back. The sight has everyone in a fit of laughter. As far as the dog, it’s easy to see he’s a huge team player. Watch the hilarious sight for yourself in the video below.

We all have fears, but this man had the nightmare surprise of his life