Big families are a blessing, and the Radfords from Morecambe, Lancashire, know what it feels like to be part of one better than anyone else.

The number is overwhelming and most of you are probably wondering how they manage to raise and take care of so many kids, but the reality is that the family functions just perfectly.

The British Duggars have their own YouTube channel with more than 100k subscribers who follow their everyday life. It was there where they announced the news of baby 22 and many followers were truly surprised as the couple said how they were done having more children after baby 21 was born.

The family is running their famous pie company for 15 years and everyone is helping in the business.

When Sue was pregnant with their 9th child, they thought it was enough children and Noel even had a vasectomy, but shortly after, they changed their minds and next year the family is getting even bigger.

Three of their kids don’t live at home any longer as they have families of their own, so Sue and Noel are also grandparents to four grandchildren.

You already assume that the holidays in the house are busy and marry and involve a lot of presents under the tree.

The family lives in a 10-bedroom house and there’s plenty of space for everyone. There’s also a huge garden where the kids get to run around and have fun.

But, a huge family and a huge house means huge bills too. The family said how the average amount of money they spend on food and meals out each week is around $650.

But no matter the expenses, the Radfords always manage to save up for a nice family holiday. Mom Sue says that getting ready for such trips resembles a “military operation” but she still gets to fit everything in only seven suitcases. Just imagine that the laundry they produce every week is 39 pounds. A lot, don’t you think so?

As everyone loves this family, some people can’t get over the fact that when Sue and Noel had their first baby, she was just 13 years old, and he was 18.

Maybe it wasn’t such an issue back then, but thinking about it makes many of us feel awkward and a bit grossed to be honest.

The video of the pregnancy announcement is reaching one million views. You can take a look at it below.

Twins find wallet with cash, take a look at disabled veteran’s ID and knock on his door 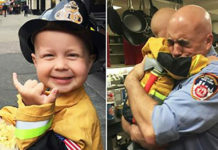 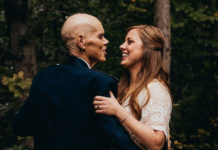