When Capri, a talented young girl, started singing Elvis Presley’s song, it was an amazing start to even more amazing mashup. Her brother Kenny joined and sang along with her. Kenny created the blend of the songs using his music and sound equipment. The duo put a lot of creativity in their performance and stunned everyone who listened to the impressive and catchy mashup. 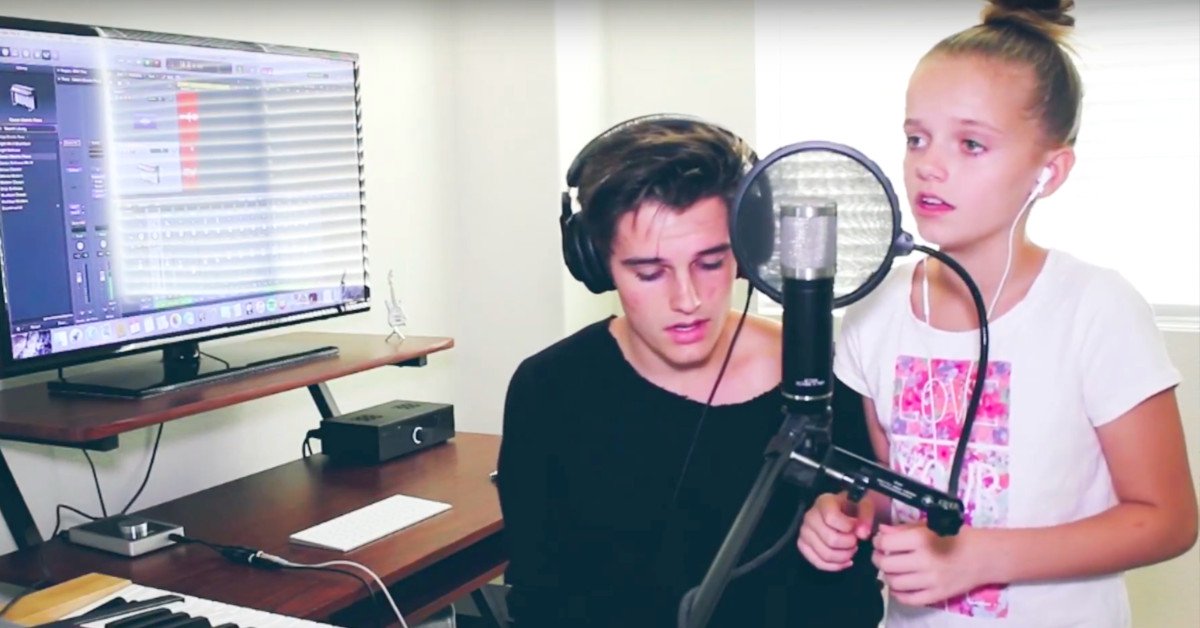 Capri used to have a soft-sweet voice whereas piano skills of Kenny are also incredible. The made a perfect conversion from one song to the other. Kenny joined with Capri by singing “But I can’t help falling in love with you”, as Capri sang “Wise men say only fools rush in”. Thus by hearing their song, it is clear that music truly can’t be bounded in any limits.

It’s surely very risky to recreate the Elvis classic but their effort in the attempt is just speechless. As you hear them singing it is hard to distinguish where the two change from one song to the other. The song got even better when you just think that it can’t get much beautiful. The brother-sister duet is just simply talented and love for music can be seen through the way they sang the two classic songs. It’s just marvelous to watch the duet sang an unforgettable mashup.