Spending quality time with your beloved family is one of the most important aspects of life. Sharing and caring for one another only makes the connection between the members stronger.

Now, when you think about it, nothing is really better than taking a trip together. Skiing in the winter and enjoying the beach during the hot days sounds like a perfect plan. That’s what one family did. They decided to have fun by the sea, but never did they think how this day that was supposed to be the reason for creating the best memories would turn into a nightmare.

As Katja Kafling and her children were at the beach, she suddenly heard her son screaming. When she turned to him she was in complete shock as he was covered in blood.

What happened to this young boy was truly devastating and now his mother is spreading the word and wants to warn others of the dangers of the beach.

Jacob, who was only three years old at the time, was enjoying the sun outside Roskilde, Denmark when the incident happened.

The poor boy had his tiny feet severely burned. It was so serious that his skin fell off.

He was quickly rushed to the Emergency Room and doctors were looking at his feet unaware what could have caused such burns.

Jacob’s mother explained how the boy accidentally run into glowing pieces of coal and wood that were hidden under the sandy surface. Someone was having a campfire and decided to extinguish it by covering it with sand.

However, this is the worst thing one can do because doing so has the opposite effect. Doctor Marianne Cinat at UCI’s Regional Burn Centre says how many people use sand to cool down or quench fires not knowing that “sand locks in heat, making smoldering coals even hotter.”

As for little Jacob, he had to endure a long and painful process of recovery. However, his family is beyond grateful that doctors did everything in their power to save his feet knowing how the first thing they considered was amputation because of the extent of the burns.

They performed multiple surgeries where they made a skin transplantation in order to repair his feet.

Now, four years after the devastating accident, Jacob is a happy young boy. But, he will always have the scars that will remind him of what had happened that day.

This story has a happy ending and serves the purpose to remind others to be careful while at the beach. As well as to make people aware to properly extinguish the fire. And if you see someone covering it with sand please tell them this story and make them use water instead.

Educating others of this hidden danger will result in avoiding serious injuries like that of Jacob.

And as he was lucky enough to avoid losing his feet, others may not have that chance. 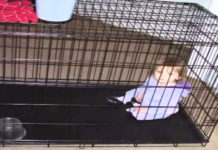 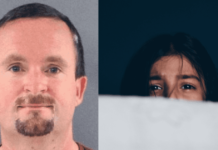 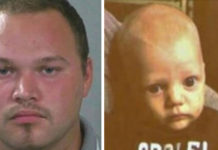 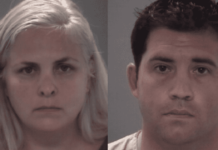 The son of Roy Rogers known as “The King of the Cowboys” reveals the last thing his father did...