A young teenage boy from Tasmania had a terrible accident with a laser pointer that caused him to lose about 75 percent of his sight, as reported by the Australian Broadcasting Corporation.

Ben Armitage, an optometrist of 14 years to the family said:

Ben took a photo of the boy’s eyes and discovered that he had burned his retinas and irrevocably damaged his eyes. 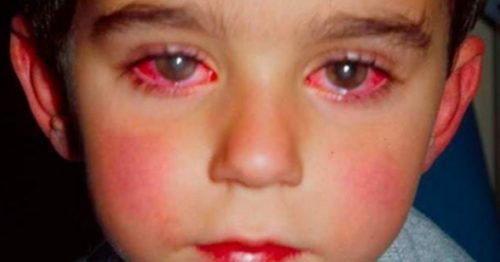 Ben had said that:

“Unfortunately, that’s the area where your detailed central vision takes place and therefore it’s had somewhat of an exaggerated effect on how much sight he’s lost”

The damage occurred immediately that the boy pointed the laser into his eyes, his vision was impaired exactly at that moment the laser light shone on the back of his eyes, he didn’t feel any pain but the damage had been done.

The part of his eyes that were damaged was an area called the macula, in cases like this that meant that the blindness was very likely to be permanent.

The optometrist, Ben, was hopeful that some of his vision may return once the swelling had subsided a little, however the boy had to be prepared for the fact that he may only live his life with 25 percent vision.

The Chief Executive of Optometry in Tasmania, Geoff Squibb, has since warned parents about the dangers of laser pointers and especially in relation to children, who don’t always really understand the gravity and seriousness of or trying foolish things like shining a laser into thier eyes.

“Parents are better off trying to warn children of them after this particular case where the future of a young person has been seriously affected.”

The repercussions of this can be absolutely devastating, what looks like a harmless toy is in fact a ‘silent destroyer’ of retinal components of your vision.