Bill Cox shared a post on the Facebook Page of the Marine Corps Veterans with, he said that it was a photo of his father standing next to a casket. The photo was about his father keeping a promise to a friend and fellow military man.

The father, Master Sergeant William H.Cox, who was 83 years old and retired, was honoring fallen comrades. Him and ‘First Sergeant’ James J. Hollingsworth (aka Holly) also retired, made a deal during the war, huddled in a bunker while under heavy munitions fire in the Marble Mountain, they vowed to stay in touch, and that’s exactly what they did!

Both the men held positions as door gunners, William honored to be the only man in VMO-2 to be awarded the Distinguished Flying Cross in Vietnam. They both served a long 20 years in the Corps, Holly was decorated too. William uses a cane to help him walk, however, during the vigil at the funeral and at the casket he refrained, and stood strong for his buddy!

William was both delighted and a little shocked when he was asked to speak at the funeral! 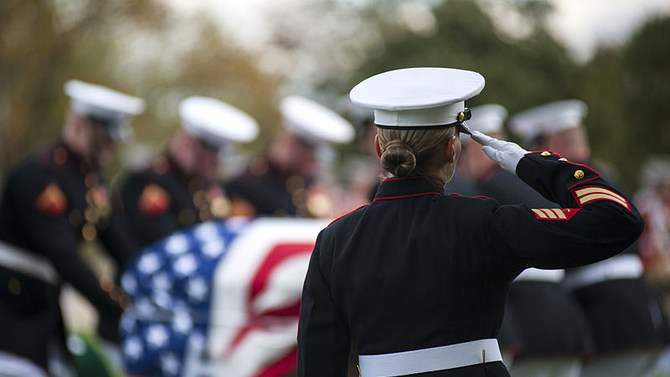 “Boy, that’s a rough mission you’re assigning me to there”

William went on to say that the special bond that he shared with Hollingsworth was not like anything he had ever know, completely indescribable!

“There’s a bond between Marines that’s different from any other branch of service. We’re like brothers”

Bill really was touched and surprised about how many people it had reached and how the Facebook post had spread and made such an impression on other people! 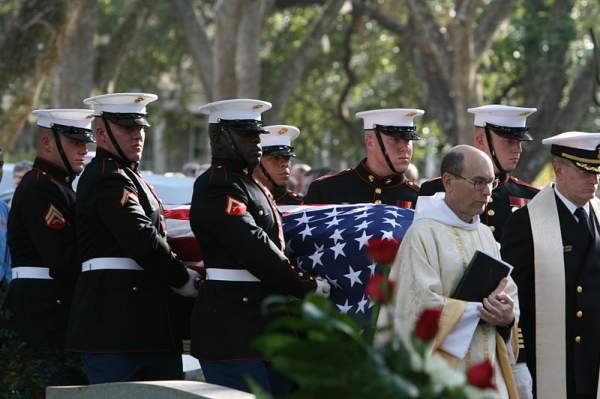 “Wow! I posted this on ‘USMC Vets Marine Corps Veterans’ partly because of the upcoming Marine Corps Birthday (November 10th), to show the brotherhood of the Corps, and to honor dad and his good friend, First Sergeant James J. Hollingsworth (Hollie). It has been viewed over 20,000 times, with hundreds of comments and shares!! Many comments made my eyes water. Semper Fi, Marines”

There wasn’t anyone, or hardly anyone that was both happy and touch that he had kept his promise that he made to his friend. 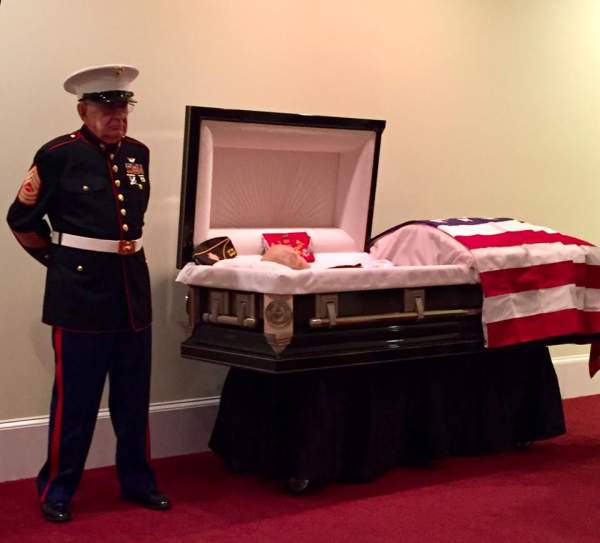 One reader in particular said:

“What a touching picture … My mother had eight brothers..5 enlisted at the same time during World War 2..all 8 served along with one sister! God bless your Dad !!!!! America Is Thankful for his service”

“They are the epitome of how we should treat each other and be there for each other in life and death. Rest in peace and thank you for your service,” another commented on Mad World News’ Facebook page.”

“I find this amazing I love that people that have a friend that they will stand by you no matter what that is a true and golden friendship,” another wrote.”

What a wonderful story about the men that fought to save our country, share the love and tell everyone about this touching story 😀