One thing that is certainly not an answer to anything is violence, however, some people believe that it can have a place as an effective solution, like self-defense, used correctly of course. A little boy, who had been bullied so much had finally found the strength to defend himself. You can decide if he did the right thing…

The boy had been a constant target since his school year started, every day the same student would be there to taunt him. The boy, the victim in all this, never once looked to get revenge for the actions against him.

One day though the bully took things one step too far, an Imgur user called ‘wolverineprostateexams’ decided to share the story about how his cousin finally stood up for himself once and for all! 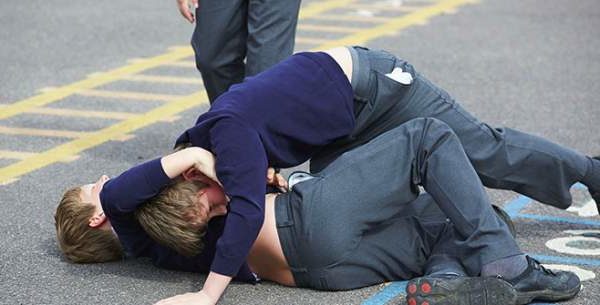 “Last Friday was the final straw …Bully was blocking my cousin from getting on the bus. There is a video of my cousin repeatedly telling the bully to move.”

He tried asking nicely, that the bully would stop, but of course that didn’t work at all, then, of course, the bully started to get violent with him…

The boy really had enough now, after all, we all have our limits of what we can endure before we snap!

The little boy’s family saw that the moment was a turning point, the tables had finally turned and the bully was firmly set to rights.

Unfortunately, though, the school saw things in a different light, they took both students and dragged them to the principals’ office, they were BOTH give three days suspension!? 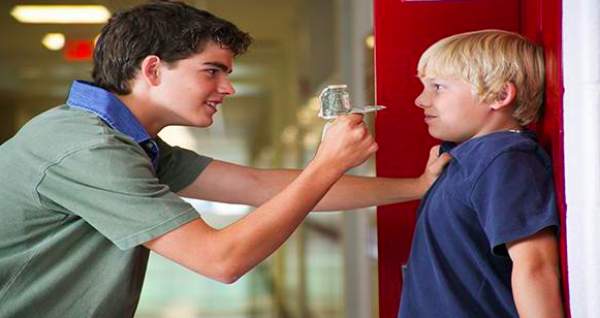 The boy was the victim in this could really not believe this at all, I mean, doesn’t every person in the eyes of the law has the right to defend themselves and use reasonable force to do so?

One of the family said:

This really upset the bullies family, of course, they demanded that the victim in all this be expelled, even after seeing a video of their son beating the boy in question while he was pinned to the floor!?!?

The boy’s father even asked his cousin to take him out for the day, for a fun day out, on his final day of suspension, he was the victim after all?

“I’m going to take him go-karting and to see an R rated movie,” the kid told his viewers. “He defended himself and I’m proud of him.”

We would love to know what you make of all this in the comments below, was the right to defend himself, were his parents right in their actions?

Above all please SHARE this story with your friends and family.