The young, gorilla who is named Kamoli, was in an enclosure behind some glass in the Congo Expedition area when Isaiah came to play with him.
“He was just looking at the gorillas and we said to him ‘Isaiah what do the gorillas do?’ and he started pounding his chest,” Isaiah’s mom Sherry Chute told The Columbia Dispatch.

And that is exactly what caught Kamoli’s attention. They soon began their game of tag. Kamoli would run to one side of the enclosure and Isaiah would follow him.

Isaiah was giggling the entire time and Kamoli looked like he was having a grand old time too!
And Isaiah’s mom was delighted to watch the whole scene and that her son got to make a unique and exotic friend. Humans and gorillas have a lot in common so it’s no wonder that these two got along so well.

They kept going back and forth and back and forth. Their interaction lasted about five minutes long. They likely could have spent the entire day playing together even though they were separated by that glass, but eventually, they got tuckered out.

When it was time to go Isaiah said, “bye gorilla!”
“It was a really fun interaction,” Chute said. “Isaiah is just like that. Anyone who knows him knows thats he’s super playful. It was so fun to see him interact with the animals and know what they were. He was just so truely blissful in that moment, it melted his mommy’s heart.”

And it melted the heart of the internet too. The video has gotten more than 2 million views on YouTube.

“That is so cute.just shows how much alike human children and baby gorillas are alike. How can people poach these amazing animals in the wild?,” one commenter said.

“Harambe reincarnated, showing everyone he just wanted to play with children,” another said.

Watch Isaiah and Kamoli’s adorable exchange in the video below. 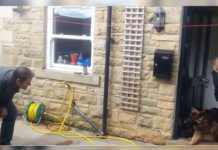 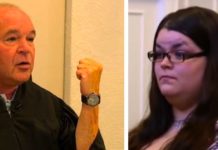