You can guarantee that if I ever saw someone attacking my grandmother, I would break free and lose it. Some people steal from the elderly, but to attack an elderly person it the lowest of the low…

That, sadly, is the hard truth about what happened here, but also something else too happened, something absolutely AMAZING!

A 76-year-old woman was on her way to her car, in a Winn-Dixie parking lot, then a purse snatcher dove out in front of her and attacked her…

Thankfully though three people came to help her, one was a Navy veteran and for sure, you didn’t want to mess with this guy.

That big guy, you know the one your always nervous about standing next to, that is Kendrick Taylor and when he heard a woman screaming he looked over to see that a woman was being assaulted. 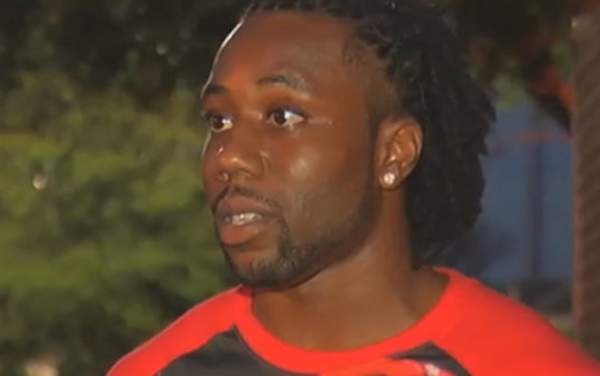 The guy doing the assault was quite obviously a coward and a thief too, Kendrick walked over to him he jumped on his bike and he took off as fast as he could!

Kendrick pursued the guy at full speed, the navy veteran ran faster than his bike, caught him and tackled him to the ground, he held him down and called the police on his cell phone.

The guy he caught was already on probation so for him he took a fast route back to jail with fresh robbery charged added to his rap sheet.

Like most veterans, Taylor says he doesn’t think of himself as a hero.

“What if that was my Grandma?”

What an amazing guy right there, the world would be a much better place with more guys like this!

Please SHARE this veteran’s heroic story with all your friends and family!