It doesn’t take much in todays world to discourage some people, just a good look at the news of the day is usually enough to make most people feel down.

Somebody was held at gunpoint, an elderly person was conned out of money, thugs broke into the family home…

Most news sources use shocking events that occur in everyday life to catch the attention of their readers and to keep them interested, but more rarely are their reports of nice things that less people want to ready about.

Though, with all these negative vibes we are surrounded with, there are many acts of kindness that we do not hear about. Whether the media decides not to report them or not, we must think to ourselves that there are more good people than bad.

Beau Collins, an Australian resident, had not long ago had his faith in humanity restored, it was a complete surprise to him. 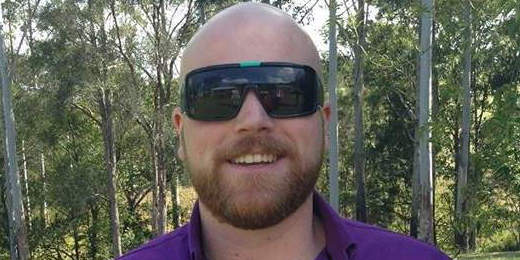 Just think about how it feels in the grocery store, the cashier totals up your full shopping cart and you see the amount in the display as you reach for you wallet.

Now picture that feeling of all the blood suddenly draining from your face, we all know that feeling!

Your wallet that you thought was safely in your pocket, or purse in your handbag is nowhere to be found. Standing there you can feel yourself turning white, then red, no way to pay your bill and frozen in a stupor how to deal with this situation.

Collins had assumed that his daughter had played a joke on him and hidden his wallet, but actually he had misplaced it. In the US over 1000 purses or wallets are stolen every two minutes, but Collins didn’t want to think about it.

He now accepted that he would have to get a replacement drivers license and credit cards, any cash he would just consider lost!

Collins had not been expecting a package, but one arrived at his house…

He opened the package, but was shocked by the contents, his wallet!

Everything that was in his wallet was still in there, safe and sound, nothing missing at all.
n style=”text-decoration: underline;”>There was only a note in the package, unsigned…

He didn’t know who to thank for the safe return of his wallet, and their honesty, so he went to Facebook to find the person that had so thoughtfully returned his wallet to him, but so far he has had no luck finding them.

It looks like the anonymous person that returned his wallet was going to stay anonymous!

Its a great thought to know that despite everything we hear in the news, that this story of kindness, although little hear, is here to inspires us all! Let’s share this amazing story and hope it inspires us all a little more!