One thing that is becoming common knowledge is how rare it is to see identical twins, the fact that they don’t fully split when their zygote becomes two embryos—are, it’s even rarer. For these two conjoined twins baby girls, in Philadelphia, their incredible predicament isn’t going to impair their lives at all…

Erin and Abby Delaney, beautiful baby girls were born in 2016 summertime, conjoined at the tops of their heads, this really made the separation really a complicated and difficult thing indeed!

Looking at these two it was apparent that to keep them joined in this fashion was really not an option for them, for their development and for their mental health too as they grow up. 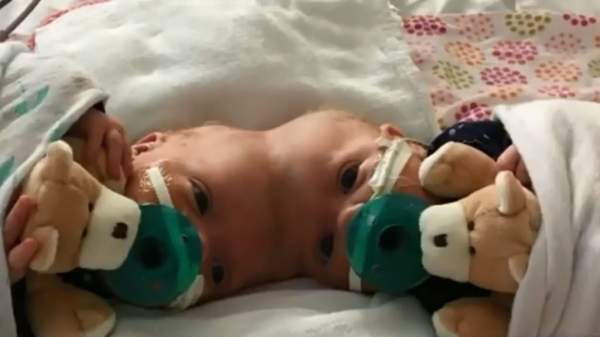 The Children’s Hospital of Philadelphia took on the task of separating them from each other, the most complex procedure that the hospital has ever carried out before!

To do the surgery it took a surgical team for each girl and many hours of fast-paced procedures to stop either of them bleeding to death or to cause further complications.

With love, care, and incredible skills of the surgeons the two were separated without any problems, it was a success and they can now live separate lives.

“They’re such happy, content little girls, for what they’ve gone through …They’ve never lived outside of hospital walls.” Now that had all changed for the better, five months down the line and after surgery and the pair will go home, they can grow physically and mentally and flourish in their own space, mom commented about how really well they are both developing.

“They’re not afraid of people …it’s amazing to see how brave they’ve been through all of it.” For many of the first months after their birth, it was impossible to hold them separately, the could not learn to roll over even, let alone sit up and for their own safety, they were monitored constantly!

Erin is sitting up on her own and Abby has learned to roll over too, it was a very long path to where they are now but they followed it to completion and finally, they arrived safely!

These amazing girls are having a second chance at life, an awesome life, and we hope they continue to be great and grow into two young ladies! 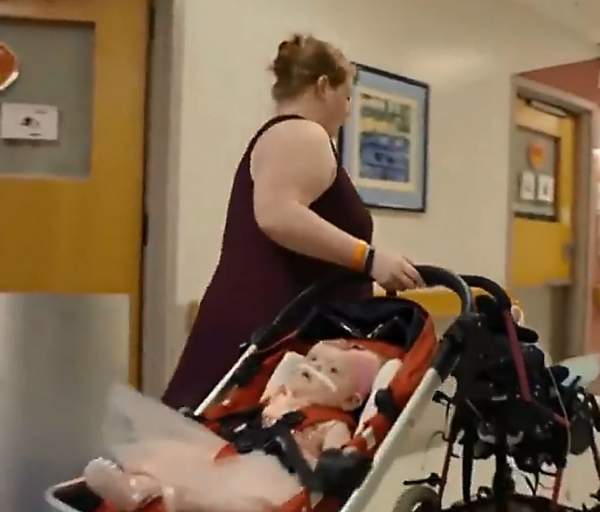 Please SHARE this awesome story with friends and family 🙂

Mom gives up child in wheelchair for adoption, 18 years later sees her walking out of luxe car