Placing loved ones in a retirement home is not always an easy decision, but we all want them to be happy and respected and well cared for, that’s not too much to ask surely?

Grandma was very much loved, her grandson would call her early in the morning when neither mom or dad was awake, she always answered the phone and she would always say that she was awake!

Actually, he didn’t know until years later that her grandson was waking her, but she still answered every single time, just to speak to him.

Family should always be appreciated and looked after, and that is why this story is so hard and painful to read…

When Grandma moved into the retirement home it was obvious that there was something that she always insisted upon, she liked to do the jobs herself that she could do before she got into the home.

She was after all quite embarrassed that she could not manage some things on her own now, she was losing her independence and she didn’t really like it!

Wearing adult diapers was arguably the hardest thing of all and probably one of the most difficult aspects of her condition, but necessary nonetheless.

We have seen in the media about abuse of the elderly before, but this case will make you feel sad and ashamed of other human beings, so-called human beings!!

Camille thought that she had found a great accommodation for her mother Helen, she suffered from Alzheimer’s, but it turned out to be one of the worse cases of abuse by staff that she suffered there.

After just a short while Camille suspected that something wasn’t quite right, it just felt wrong, she got a bad feeling about the place.

One day they discovered she had a black eye, they took action and installed a hidden camera to see what was going on! 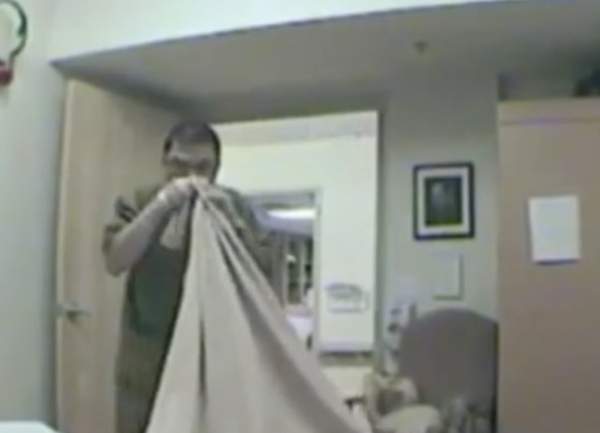 They watched the recordings and realized that several of the staff were being abusive! 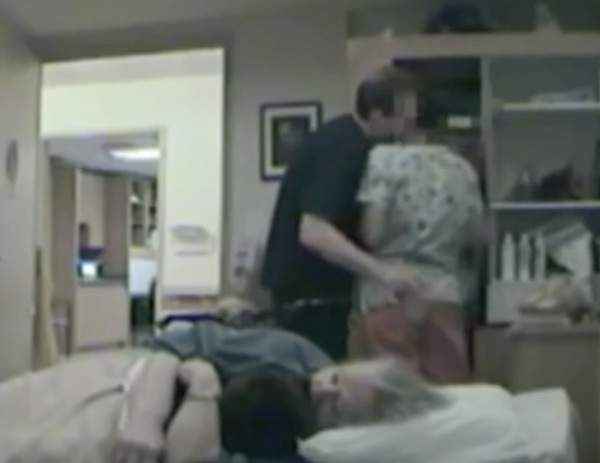 You can clearly see in the video below what was going on, and how the staff was really being horrible, one person blew their nose on the sheets as they were making the bed.

Two employees were heavily making out in her room while poor Helen had to watch and be quiet, instinctively scared of what to do, clearly very uncomfortable. 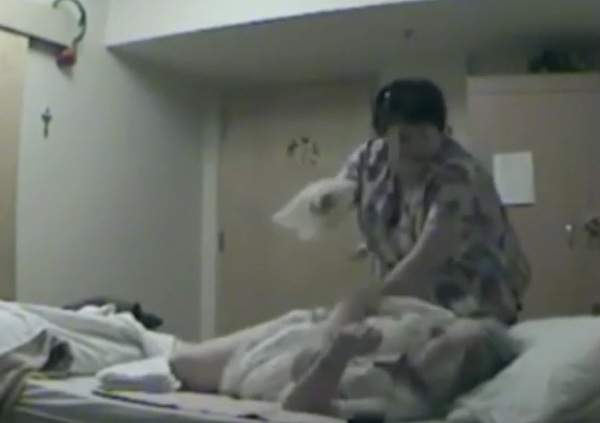 Several of the other residents go into Helen’s room and take her things, nobody stops them, staff wave her own feces in her face, how really despicable! 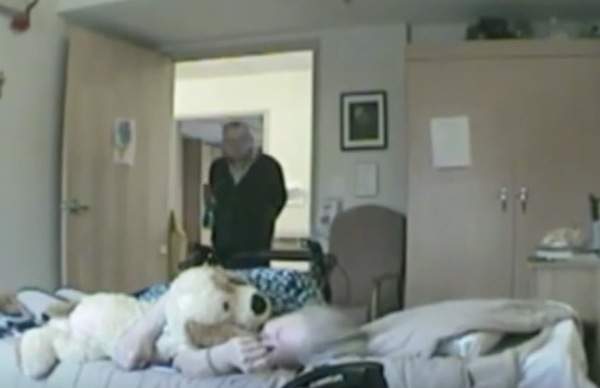 The terrible things going in this care hole sickens me to the pit of my stomach, can you imagine your mom in that position, its lower than low what these staffs are doing!

Camille released the films to the media and the home’s director, Alan Cavell, agreed they had failed and promised to overhaul their procedures and improve their security too, to ensure it will never happen again, ever!

The staff that was involved in the incident were fired, one of them has since been reinstated since Camille made the decision to remove her mother from the care home.

Not even a single staff member was prosecuted, much to everyone’s disappointment, especially Camille.

Helen died in the September of 2016, she was an awesome mother of seven children and a nurse during World War II, her thoughtful and vigilant son at least have her a dignified end.

You can watch footage of the secret camera below, view discretion is advised:

Repeatedly reading about this kind of abuse and mistreatment in nursing and care homes makes my blood boil, we need laws to help stop this, and stop people getting away with it too!

SHARE and shame the terrible actions of the Home, and also SHARE with your friends and family too!