Getting to be a parent is for most people one of the most incredible things that life can give to us, however, it can also be really scary too, especially if you don’t have people there to support you!

Rubin Swift had sole custody of his daughter, he left his hometown in Cleveland, Ohio, to pick up his newborn little girl, he was so glad to meet four-day-old Ru-Andria.

When he went to Sky Harbor International airport with Ru-Andria and was getting ready to check in, he was stopped right where he stood… 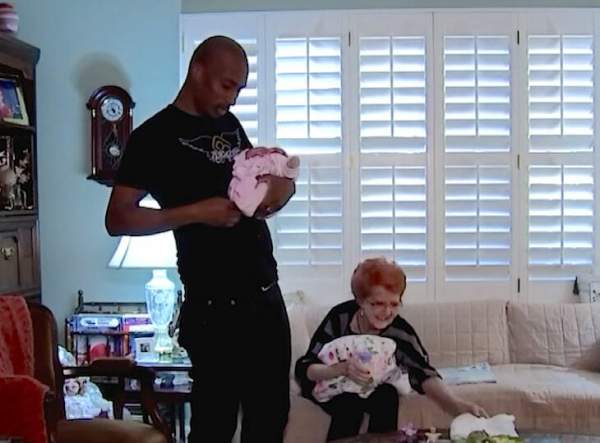 Even though he had the correct papers, a doctors certificate to say that Ru-Andria could fly, the airline, Frontier, said no she can’t fly!

It seemed they have a policy that says that babies under seven days old cannot fly on their airline, according to azfamily.com.

Stuck in a city that he didn’t know, without anyone to help him at all, Rubin felt himself begin to panic...

He suddenly remembered that there was an elderly woman that he met in the hospital. Joy Ringhofer happens to be a volunteer at the Banner University Medical Center and she had held little Ru-Andria just minutes after the girl was born. 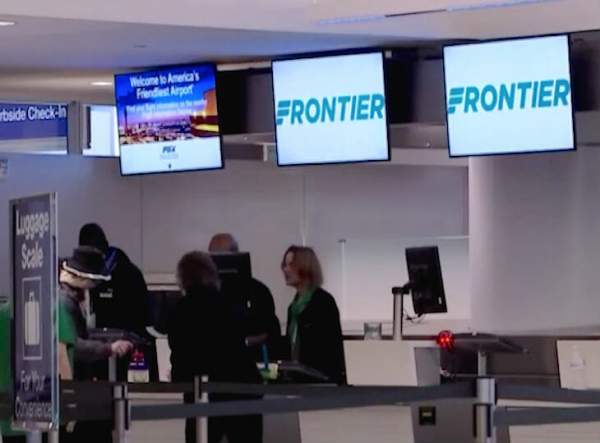 As Rubin first entered the room, he and Joy had got along so well, the two began a great friendship.

It was a real long shot, however, he had no other choice, he called Joy and told her the situation he was in.

Thankfully, Joy didn’t have to even think for a single second, just as Rubin had thought…

What she did was quite special:

“I didn’t expect her to say, ‘I’m coming to get you and take you home.’ So, I’m thinking, ‘She is going to drive me back to Cleveland’ but she actually brought me to her house and feeding me and making sure my baby is alright.”

Then after, what followed during the course of the next three days, it’s definitely proof that there still really are good people in the world.

Take a look at this video to see what happened:

Teacher asks the DMV: ‘How does this plate I just saw not violate your guidelines?’

Prince George warned his classmates: ‘My dad is King so you better watch out’

Husband says he would be at his wife’s side till the end, and he plans to keep that promise

A father who lost his son in a vehicle accident has dedicated a particular spot to his memory along...