Home Amazing A Man posted this online after he approached a Marine veteran he...
Share25K
Tweet
Pin2
Share
25K Shares

To be part of the U.S Marine Corps is a privilege. These people know the meaning of sacrifice and loyalty like no other, and we show our deepest respect for their service.

One man shared a story of the meeting he had with a retired Marine whom he met for the first time but felt the need to approach and say hi and thank you.

What he got in response left him overwhelmed.

You can read his story below.

“Semper Fi, we respect your generation,” the man said to the veteran out of respect. The veteran’s response to the friendly man came out of nowhere.

I saw a man with a Marine Raider pin, Purple Heart, and other pins on his hat at Starbucks this morning. I walked up and said “Semper Fi, we respect your generation.” He told me “Semper Fi, 1st Raider Battalion, Alpha company, Okinawa.” If anyone knows anything about history, they know these men are made from the salt of the Earth.

He began telling me stories of when he got hit. He said he would load specific magazines with tracers because it would light the Japanese buildings on fire. He lit 3 buildings on fire, in a guun fight, and told me “those sons of bi***es didn’t like that. They retaliated with a rocket. It ki**ed my squad leader and the A[ssistant]-gunner loading the belt. All I got was a chunk out of my hip. The Corpsman ran over and started working on me. Then they shelled our position so hard, it ki**ed almost everyone. I don’t remember what happened over the next week of my life. I woke up in a hospital, and a doctor was sucking fluid out of my chest with a syringe. I guess I got hit in the chest with a machine guun. I lost a lung.” He started laughing and said “How does a man live to be 90 with just one lung? Hahaha.”

He then talked about recovery at a hospital in Guam. Two-hundred Japanese paratroopers were dropped and were kii**ng friendlies around the area. He was given 2 choices. Stay and take his chances, or run and hide. He said he took out all the needles attached to his body out, put tape over his wounds, and hid for 24 days. After he was rescued, on a flight back to the US, another Marine handed him a Lucky Strike cigarette. He went to light it, and the doctor saw him. The doctor told him “what the hell is wrong with you? You only have one lung.” They then injected him with so much mor**hine, he passed out and woke in an American hospital.

He eventually recovered and tried to re-enlist, but he was medically retired. I helped him stand up and walked him to his vehicle, which is a golf cart on ster**ids. As he got in his vehicle, I shook his hand one last time and told him he was the saltiest Marine I have ever met in my life. He said “all my friends are saltier than I am. I’ve lived an amazing life, and I don’t have any regrets. I wouldn’t change a thing, it was the time of my life.” He then told me, I hope I see you around again young man, so we can bul***hit.

This man made my year. This is a living piece of history, and he told the stories raw. I listened to him talk for an hour and a half, even though I had so much to do today. He made it a point to tell me about the bravest man he had ever known, that deserved to be remembered. He spoke of the Raider community doing great things. The last thing he said to me was “Semper Fi, Raiders never die.” 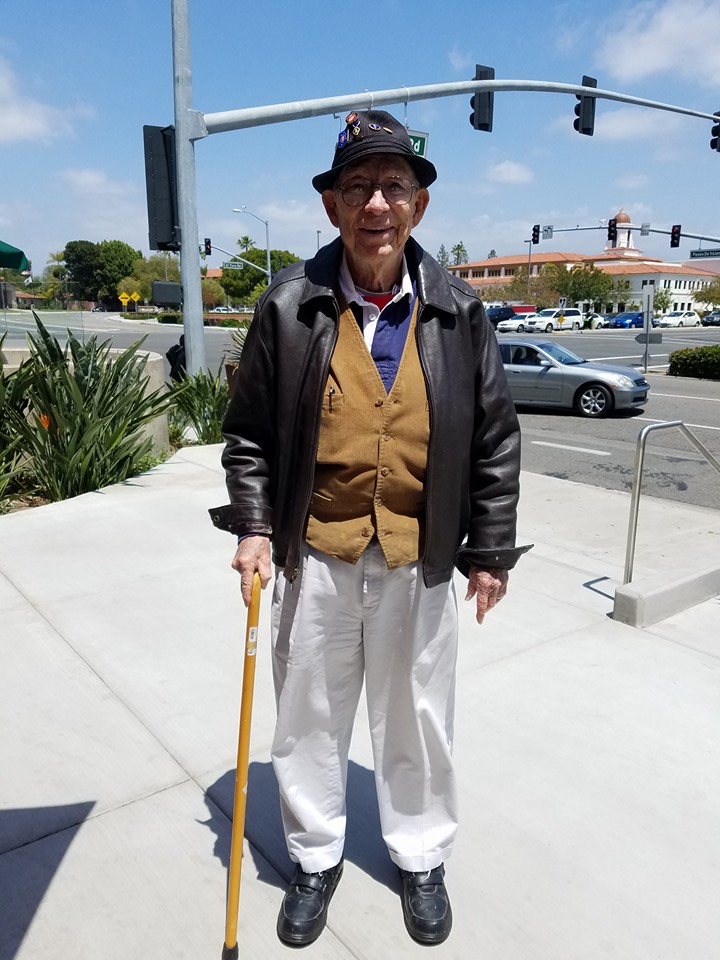