Maureen Wood, who is now married and a mother of five, has a chilling story to share.

The horror she suffered is unthinkable. She was only eight years old when her life changed completely. She remembers the day when she was for the first time abused by her older brother. It was a day like any other. The family was outside having a water fight when Maureen went inside the house to change her clothes. It was then that her brother entered the bathroom and started touching her. Although she was young, she knew what he did was terribly wrong, but she didn’t have the courage to speak out.

When her mother learned what was going on, Maureen, who was 10 at that point, believed her struggles would end. “I hoped against hope that my mum might step in and help me. But she walked into my bedroom and called me a ‘little wh**e.'”

The cruel mother became part of the abuse herself.

“They used to make me sleep in their bed, between them, and they took it in turns to abuse me. My mum helped to get me ready for when my step-dad would rape me,” Maureen said, as per The Mirror.

At the age of 13, Maureen got pregnant with her brother’s baby. She was still just a girl, and her mom only cared about what people would say in case they learned her daughter was carrying a child.

Maureen gave birth to a baby boy, Christopher, who only lived for a month.

“I adored him with all of my heart and for the first time in my life, I felt what love was.”

“When he died, I felt like my life had ended, my world had finished. He was the only person I truly loved,” Maureen told The Mirror. “It was raining the day we buried him. I felt like the heavens were crying with me and I just wanted to die.”

‘I was sexually abused at 9 by mum and brother – and I had to dig up my dead baby to get justice’ https://t.co/o6TI0GsNDB pic.twitter.com/mXSMe7i3K0

After Christopher’s death, Maureen’s brother and mother stopped abusing her, but she was still a victim of her step-father until she ran away from home when she turned 16.

It took Maureen years to find the courage to share her story and seek justice for everything she had to endure. At the age of 37, she went to court. However, she was asked for a proof, so this brave woman was forced to dig up her late baby’s body to be examined. The DNA sample showed that Maureen’s brother was indeed Christopher’s father. “It was almost as if Christopher was watching over me, helping my court case. He was – and still is – my guardian angel,” Maureen said.

Maureen got to see her brother sentenced to two years in jail, while her mother and her step-father were jailed for nine years and sixteen years respectively.

The chilling story was shared in Maureen’s book A Family Secret: My Shocking True Story of Surviving.

Speaking to the Daily Mail, now 51-year-old Maureen said that writing the book helped her close that chapter of her life and encouraged her to move forward. 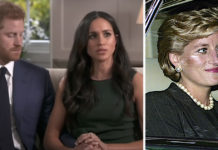 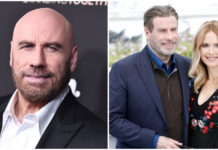