I guess we all love make-over shows so much because of the same reason, transforming something ordinary into beautiful, and I also believe that it gives people hope that their life can be likewise turned around. Alex had his old hairstyle for nearly five years, until the day he stumbled upon an article saying that if you wanna slight change in order to feel better you should start with your hair. Coincidentally, he run into the Makeover Guy on the same day. The Makeover Guy, alias Christopher Hopkins, had no doubts Alex’s locks should go. And that was the start of the amazing transformation.

The reason why Alex stood by his dull hairstyle for so long was his even more boring life routine which was hard to break. Working long shifts at the restaurant led to a lack of willingness to care for his personal appearance. Whenever he was about to go out, it seemed safe and quick for him to hide behind his flowing hair. Alex told Christopher about the look he desired and the expert knew exactly what to do. The locks, along with Alex’s facial hair, were now gone and he got fresh, modern look. He now looked like a brand new man that he couldn’t even recognize himself. 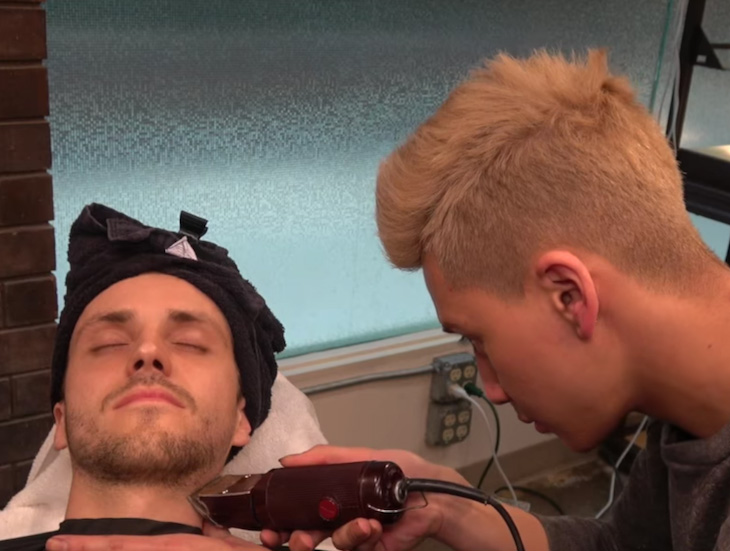 Even though Christopher worked his magic on men in the past, this transformation stunned all of Alex’s closest friends and coworkers. Was that really Alex standing before them? There’s no way it could be their scruffy friend! Take a peek at his big reveal in the video below. Christopher gave his client the confidence, charisma, and style he was looking for – there’s a reason why he’s THE Makeover Guy.

Daughter pulls off the wig of a girl with cancer, father forces her to shave her hair as punishment

Disabled father couldn’t take newborn son for a walk, a group of students built him a wheelchair-stroller