In-laws! When you get married, they enter your life whether you like that or not. Most people get along with their spouse’s family, but let’s get honest, when it comes to mothers-in-law, things can get messy at times. I don’t know why it is like that, but I am sure you’ve all been there, done that, at certain point in your life.

One mom was happy to get her her baby daughter to her husband’s family. As they were all gathered around the cute bundle of joy, the mom realized she had to leave the house and pick up a prescription. But, she was leaving her baby in the safe hands of her husband and his mother, so what could go wrong?

Well, it looked like the grandma was waiting for an opportunity to spend some time alone with her granddaughter for some time now. Why? Because she didn’t like the girl’s hair. So, she decided to change it without the mother’s permission.

When the baby’s mother got back home she was in complete shock. Her baby daughter’s hair was complete shaved off.

The explanation behind the act of the grandmother was that all babies should go bald.

Needless to say, the daughter-in-law was angry and mad. She turned to her husband and asked him how he could allow for something like that to happen. She was out for just a couple of minutes and she came to this, so what could have possibly taken place if she had left her little one with the mother-in-law for a day or longer?

The baby’s father could see how angry his wife was. But he then confessed how he was the one who agreed for his mother to shave his daughter’s head. What’s most, he even helped in the process.

The grandma tried to defend herself by saying how she had to do what she did in secret because she asked her daughter-in-law to shave the baby’s head before but she kept saying no. Well, she’s the baby’s mother, and if she doesn’t want for her daughter’s head to be shaved why would you even ask twice, let alone do it behind closed doors?

Eventually, the three had a long conversation and the mother-in-law said how she would never do anything against her daughter-in-law’s will when it comes to raising her granddaughter. As for the husband, he did agree to be less of a mamma’s boy.

People’s opinions regarding this story were divided. Some believed the mother was completely right for getting mad, but others believe how grandmas should have a say as well. So what are your thoughts on this? 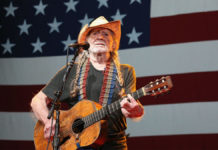 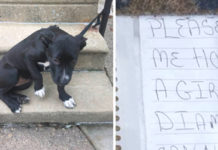 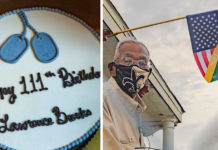 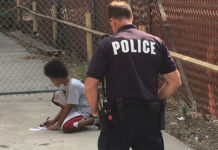