We all know that little children and expensive things don’t really go together. No matter how well-behaved the little ones are, it’s in their nature to be curious and explore things that surround them. Above all, they have no idea now cheap or pricey the items they stumble upon might be.

This is the reason why parents should keep a close eye on their kids at all times and make sure they don’t get into trouble.

You have probably heard a bunch of moms and dads telling their children not to touch things while at the supermarket or other shops, or maybe you are a parent yourself and know all too well how many times you’ve spoken the sentences, “Don’t touch that!”

Because if the kids do get into trouble or break things, it’s always on the parents.

A mother named Amanda Goodman experienced a nightmare only because she let her little boy out of sight for a couple of minutes.

Yes, unfortunately, sometimes it takes so little time for a trouble to happen.

Namely, Goodman and her son were attending a wedding celebration and five-year-old Troy behaved most of the time. His mom even considered getting him a present for being such a good boy.

As the wedding was over, the family was about to head home, but before that, Goodman approached the bride and the groom to thank them for the lovely celebration and for inviting her.

During that time, she left Troy at the venue’s hall not expecting from him to wander around the place as he was already too tired from all the dancing.

Unfortunately, she though wrong, and at one moment, a sudden and loud noise of something braking disturbed everyone at the place.

Along with the noise, someone could be heard repetitively asking, “Where is your mother?”

While waiting for his mom, Troy got curios over one glass sculpture and decided to get closer and hug it.

Unfortunately, it was way too big and heavy and in one moment he dropped it on the floor, crushing it into pieces.

Goodman rushed in. At the time she was more concerned about Troy, as he had scraped himself. But one of the staff members also rushed over and stared down in horror. He couldn’t believe what the child had done.

Seeing her son scrapping himself, Goodman didn’t even think of the statue, she just wanted to make sure Troy was fine.

But then, a staff member rushed to them and said something that left Goodman in complete disbelief. He said, “Mam, we expect you to pay for that. And that sculpture cost us $132,000.

Goodman did expect for them to ask from her to pay for what was broken, but she said how she didn’t think it was worth more than $1,000.

She tried to explain to the man how she was paying a close eye on her son the entire time, and only left him alone for a minute or so, but the man didn’t really care. He did call the venue’s insurance, but they only confirmed they weren’t liable for the boy’s action.

She said how the venue had a guilt in the who incident too as they placed such expensive sculpture in such an easily accessible place.

“It’s in the main walkway, not a separate room, not plexiglass, not protected, not held down.” she said

After contacting her local government about the incident her kid got involved into, they said that no matter how unfortunate it was, the boy simply shouldn’t have touched the item.

Now, the family may have to pay the whole amount of money, all because Goodman was careless and distracted and left Troy all by himself, even though it was for just a couple of minutes.

This is a lesson all parents and kids should learn from. 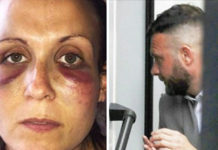 Little Boy Writes His Own Obituary for Parents to Find 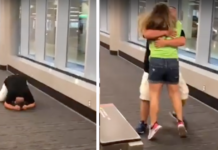