Now that social distancing became our reality, the World Health Organization is urging each of us to follow the recommendations and help fight the deadly coronavirus. In addition to that, we need to wear masks and cover our mouth and nose whenever we are in public, especially when shopping and being around other people.

The biggest problem is that many people refuse to obey the rules and believe they are immune to the virus that is still spreading very quickly in almost every country of the world.

That is why many businesses impose their own rules and demand from the clients and customers to wear masks when using their services. Despite that, there are clients who choose not to respect them and it leads to incidents such as that involving a Reddit user who goes by the name u/foamlab. Namely, he shared how he didn’t wear a mask while shopping and apparently one of the employees took his cart and harassed him because of that. “Costco employee breaks social distancing guidelines to harass me and take my cart because I didn’t have a mask on,” he wrote hoping to receive sympathy from people. But he got just the opposite.

People said how he wasn’t really harassed, just asked to follow the company’s rules and respect their policy and stood on the side of the employee Tison who could be heard saying, “Hi everyone! I work for Costco and I’m asking this member to put on a mask because that is our company policy.”

Many Redditors got angry with the man filming saying he was putting many at risk by not wearing a mask.

Instead of whining that “he woke up in a free country” and “he’s not a sheep” he should have think about others instead of being stubborn and getting into an argument with the employee who was only doing his job.

“Costco is a membership club and it’s also private property. When you sign up for a membership, you sign the application saying that you agree to follow the rules, which may change at any time: ‘Membership is subject to any and all rules adopted by Costco including our privacy policies and practices, and they may be amended from time to time without notice,’” one user wrote.

“So you went into the store knowing the rules, put yourself and everyone else at risk, immediately became offensive when confronted, fully made an ass of yourself, and then decided to post it on Reddit. you really should work on developing a sense of shame,” another added.

After the public backlash he received, the user deleted the video along with his account.

Thank God there are people out there like those users who took the employee’s side and helped spread awareness of the seriousness of the pandemic. 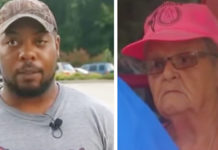