Bernie and Diane are the kind of people who give us hope for humanity. Their incredible life story is both touching and inspiring as they remind us that the love we are willing to give can mean the world to those that are waiting to embrace it with arms wide open.

The couple has five boys who are now all grown up, so they decided to open the doors to their heart and home to a child in need of family. So, they attended an adoption event. There, Diane’s attention was caught by a photo of a girl with dark eyes pinned to a bulletin board. Speaking of the time she had seen that photo, Diane recalls how she somehow knew that child was meant to be their daughter.

However, once they showed interest in learning more about the girl, the caseworkers told them they should explore other options. But this didn’t stop this couple from their intention to get to know that girl better.

After insisting, one of the caseworkers explained how the girl, whose name was Danielle, was a subject to severe neglect and abuse while growing up. Until the age of seven, Danielle had never seen the sun or the sky. She spent those first years of her life locked in her mom’s Florida house. She couldn’t eat solid food or speak. Danielle slept on a soiled mattress.

When her case was revealed to the public back in 2007, people were shocked. Danielle’s mom lost parental rights and the girl was transferred to a group home.

Detective Mark Holste remembers the time he and his coworkers found Danielle. “I’ve been in law enforcement for 27 years now, and this is by far, bar none, the worst case of child neglect I’ve ever come across in my career,” he said of the case.

Bernie and Diane now knew all about the girl, but that didn’t stop them from adopting her. In fact, it made them love her even more. With the attention and the devotion they have given her, Danielle was able to overcome some of her behavioral and developmental issues.

They knew it wasn’t going to be easy, but they also knew behind the confusion and the stress, there was a little person inside, and she was reachable.

The progress Danielle was able to make with the support and the encouragement of her adoptive parents stunned the whole country. The three of them made us believe that miracles do happen, all we need is a little TLC.

Don’t miss the whole story and Bernie and Diane’s testimonies about the journey of their daughter. Take a look at the video below to learn more and make sure you share this inspiring story with your friends.

See what actress Melissa Gilbert, who played Laura Ingalls in ‘Little House on the Prairie, is up to nowadays 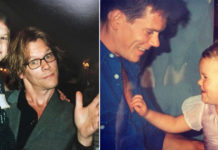