Very often, when looking around me, all I see is resentment and lack of compassion, and it makes me wonder when did we, as humans, lose the ability to empathize with others? What is so wrong with us and our society, that made us forget how life is all about being there for those in need and treating everyone with utmost respect?

The story a mother from Faversham, Kent shares is just another proof how we still have a long way to go when it comes to accepting the differences, especially when people with disabilities are in the picture. Just imagine how great of a place this world would be if only we replace the ugly stares with kind words.

Vicky Page was happy to spend some quality time with her three kids, Noah who has autism and his two siblings. They went to the Royal Cinema and were pretty excited to be watching the new Dumbo film. Unfortunately, they were forced to leave the place in the middle of the screening as one stranger regarded Noah’s excitement as an inappropriate behavior.

The five-year-old boy was just happy to see an elephant flying, but that cold-hearted woman didn’t care. She wouldn’t stop staring at Vicky as though she was trying to undermine her capabilities of controlling her son, so this mother decided to leave the cinema.

“Noah wasn’t being naughty, he just got extremely excited,” Vicky explained. “He finds it quite hard to stand still when he gets excited. He couldn’t believe Dumbo could fly but instead of saying things quietly, he shouts things out pretty loud, and he just said ‘elephant fly superhero’ and then started really jumping.”

She then added, “A woman and her son kept turning and giving us quite filthy looks. I ended up apologizing and I said ‘I’m really sorry, he has autism.’ But the woman said ‘I don’t particularly care’ and that I should keep him at home if he can’t sit still.

“It made me see red and I think in the end Noah saw me tensing up and I had to leave with my children. We went through to the foyer, where he ended up having a full-blown meltdown and started headbutting the floor. It was very upsetting and I ended up getting quite emotional.”

This, however, wasn’t a first time for this mother to be told off by random strangers because of her autistic son’s behavior.

She said: “I get this sort of thing a lot. I try to avoid supermarkets – people tut, or come over to me and say ‘if you walk away from him he’ll follow you’ when he’s laying on the floor. Or ‘if you give him a really hard smack he’ll actually start to have some boundaries.’

“This sort of thing happens everywhere with everybody, but it just makes you so cross. He does look so normal when he’s not having a meltdown, but if you spoke to him you could tell he’s got needs.”

“He goes to a special needs school, so he is behind for his age. So for him to even shout out I was so proud of him as he has only been able to string a sentence together for the last the year – it shows he’s really coming on.”

Noah really deserves to be treated the same as his peers are treated. Having autism doesn’t make him any less vulnerable, so mean comments can only affect his further development in a negative way.

As for the Royal Cinema, Vicky says it would be awesome if they hold screenings especially for kids with special needs, where they would be free to express their personality without being judged about the way they behave. This would really be a great idea. 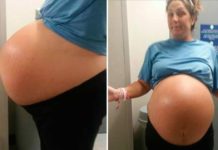 Doctors amazed after a mom gives birth to a 13lb baby 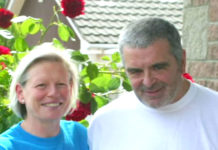 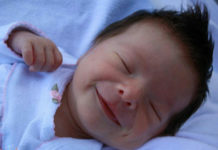