The realization that one of your children have gone missing is a terrible thought to suddenly have, in fact, it terrifying!

As parents, it’s our first instinct to love and care for our children at all times and no matter what, when they have disappeared like this and you really can’t do anything to change that event, the fear and panic levels shoot right up to the max!

The parents of this six-year-old little Kaydon Leach had these awful feelings when he was missing on the night of April 23, also with him and missing is his dog, Chula!

Officials started looking for him at 7 pm, there were 100 people needed to stretch all through the night to Tuesday, to look for him, when they found the little boy he was not alone! 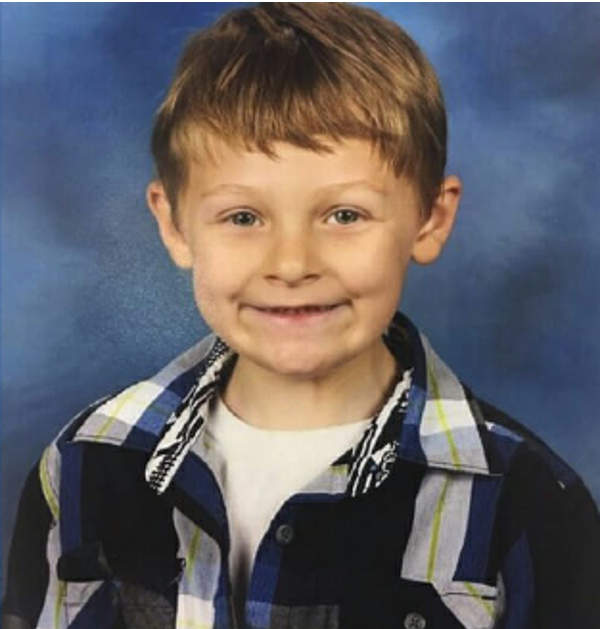 The Bureau of Investigation for Blount County, Tennessee, issued an alert for an ‘endangered child’ and the rescue teams with performing grid searches through about 2000 acres right through the night!

Given that Kaydon is just six-years-old, fears for his safety were paramount. The large-scale operation to find him included not only the Blount County Sheriff’s Office SWAT Team, Tennessee Bureau of Investigation, a Black Hawk military helicopter and volunteer search parties from the local area, as well as K-9 teams too!

About 22 hours later he was found, believe it or not, half way home at the Top of the World Community in Blount County, around 3:30pm and by the black and white terrier Kaydon had with him, Chula, that turned up to help them!

“The dog actually growled at the rescuers when they approached Kaydon.”

This is the dog that was guarding 6-year-old Kaydon Leach when a search crew found them this afternoon. The boy & his dog were missing overnight in the rain for 22 hours. @wbir https://t.co/FJBpJfjNCp pic.twitter.com/gsKeMTR1mt

When kaydon was found he was cold and the rescuers wrapped him up in blankets and a jacket, they took him up the mountain to the nearest road, then he was taken to the Blount Memorial Hospital, the family expressed their deepest gratitude to everyone who helped in the search for him.

“We’re so thankful to everyone, from local law enforcement agencies to volunteers, who helped us find Kaydon. The amount of support we have received has been tremendous, even from people we don’t even know. We appreciate all our friends and neighbors, and ask for privacy at this time.”

We are so pleased it all worked out int the end and the little by was found safe and all be it a little cold, well too! It just goes to show that dogs really our a mans best friend!!

If you love this story and you think too that dogs are the perfect pet SHARE! Help us pay a tribute to wonderful Chula!