When photographers Lora Scantling and Christy Goodger sent out an open call on Facebook  in 2014 they never thought it would change their lives forever.

“My stepdad was battling lung cancer at the time and I wanted to do something that had an impact,” Scantling told ABC. “I thought, ‘Oh how sweet would it be and I put a post on Facebook asking if anyone knew of little kids battling cancer.’” 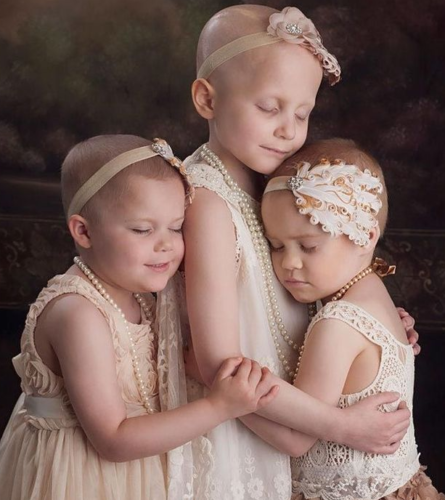 Since then, she’s photographed childhood cancer survivors for a project she calls “Little Heroes.”  But these three special little girls from Oklahoma stood out to her from all the rest.  Their photograph, featuring all three bald and angelic little girls hugging each other went viral shortly after it was shot.

“They walked in and the second they saw each other they were like, ‘Hey, you don’t have any hair either. You’re going through what I’m going through,’” Scantling recalled. “Everyone was quiet at first, but after a few minutes they were sharing stories from the hospital.”

Rheann Franklin ,6, center, was battling a rare brain tumor. Ainsley Peters, was 5 and on the right, was facing leukemia. And Rylie Hughey, on the left, she was only three, but living with kidney cancer.

Less than one year later the 3 reunited to take another photo and to celebrate the all three girls remission. 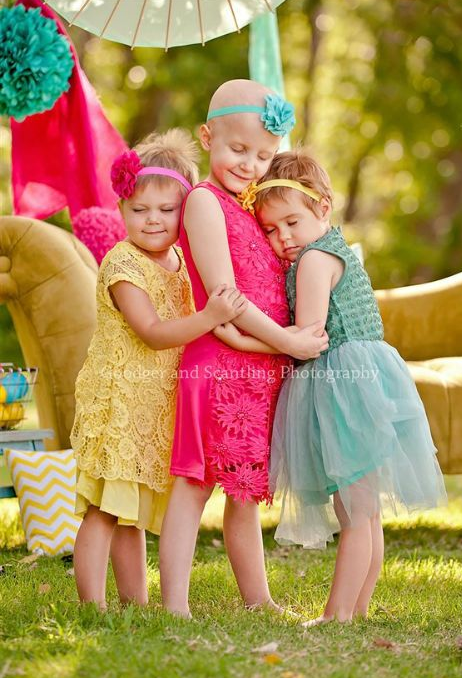 “It was just like a bunch of friends getting together,” Scantling remembered. “They were bouncing off the walls, having fun, like, ‘Oh my best friends are here.’”

Scantling decided to make it an annual tradition. She plans to keep photographing Rheann, Ainsley, and Rylie throughout their lives, and hopes they will continue to give hope to people around the world. 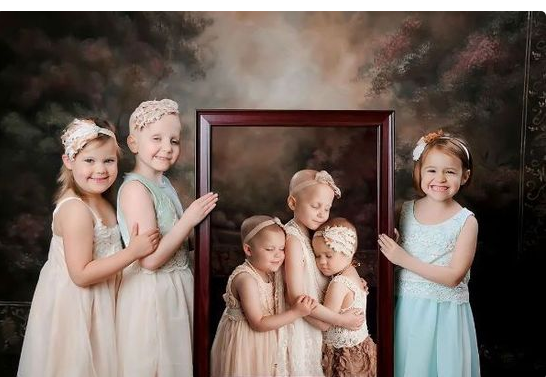 “If I had to sum up Lora’s photos in one word, it would be ‘hope,’” said Rylie’s mother. “Strength comes in numbers!  I hope that another family in the middle of a battle with cancer can look at the photo and be inspired.”

For this year’s photo, the girls were joined by a special guest — three-year-old Connor Lloyd. 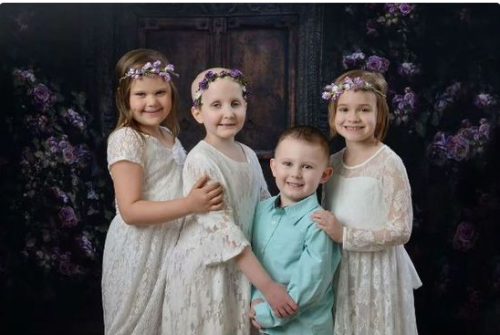 Lloyd heard that the young boy had been diagnosed with acute lymphoblastic leukemia, she invited him to pose with the girls.

“Sometimes you never know how much time you have,” she explained to his mother. She adds that Connor is responding well to treatment.  so we should all expect to see him in the next photo as well.

“Connor will be in treatment for another three years, and yet he’s always so happy and brave. Just like the girls, he’s an inspiration,” she said. “I’ll keep taking this photo every year for as long as they want me to. They’re inspiring to all of us.” 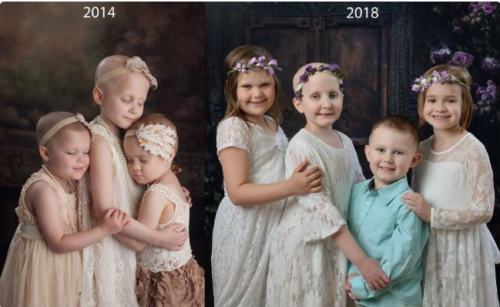 Share this story of these amazing and strong kids with your friends and family!