It always crosses my mind as to why some people live longer than others. It always seems like people are on a search to find a food that could help you live a long and health life.

When asked for her secret to such a long life, she answered with a shocking response.

People knew her as ‘the nonna of Italy.’ She lived in a village near Florence and had a son who sadly drowned at the age of 39. 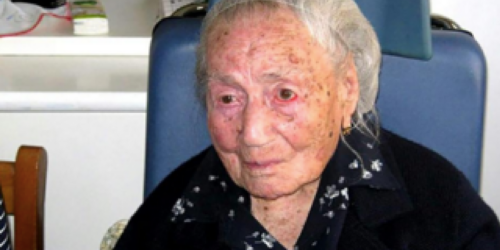 She became Europe’s oldest living person in December of 2017.

After her grandson told her the news, she said“Really? And exactly how old Am i? So many?”

She revealed she can’t go a day without chocolate. She claims this food contributed to her long, healthy life.

Despite its high fat and calorie content, chocolate can actually be pretty beneficial. Research has shown that dark chocolate’s antioxidant levels are higher than some superfruit juices!

Check out some more benefits of Giuseppina’s super food below!