Bored Daddy
Home Family Woman asks neighbor’s son why he visits her grandma 5 times a...
Share13K
Tweet
Pin
Share
13K Shares
Darrien Middleton works saving lives in the emergency room everyday, her job is tiring but she loves it.  the one thing she loves is that she is making a difference in peoples lives. 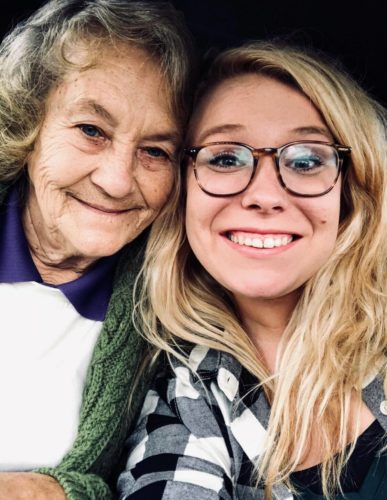 If she could Darrien would also be able to take care of her sick grandmother every day, but of course the reality is Darrien needs to work. 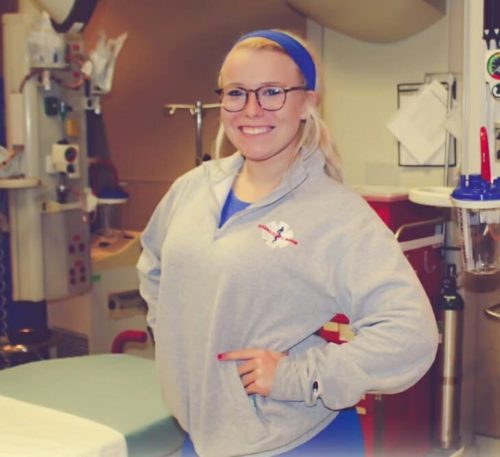 Luckily, Wilma has a guardian angel right here on earth.

After suffering from lung cancer 2 years ago, Wilma was incredibly weak and it took months for her to heal.

But just when they thought she was out of the woods, they were socked with another devastating report from Wilma’s doctors. Wilma now had breast cancer.

Darrien has tried over and over to have her grandma move in with her. But according to Darrien, her grandma is too stubborn to leave the home she has lived in for 38 years.

“She refuses to move in with me because she loves her independence and her home,” Darrien explains.

“I work full time in the emergency department in our hometown on night shift,”Darrien said. “That alone keeps my schedule very limited, along with being a full-time student. We don’t have much family here, so getting Nana back and forth to treatment every day and being able to check on her frequently (or as much as I would like) has been difficult for me to do. This is where her beautiful neighbors come into play.”

“They check on her multiple times throughout the day and have even helped me get her to chemotherapy and radiation appointments. They are honestly what keeps Nana going. I can’t go over to her home without someone at some point yelling ‘Hey Ms. Wilma, How ya doing?’ She knows everyone by name and they know and love her just as much as I do.”

But one particular neighbor checks in on Wilma’s everyday. 7-year-old Caleb. 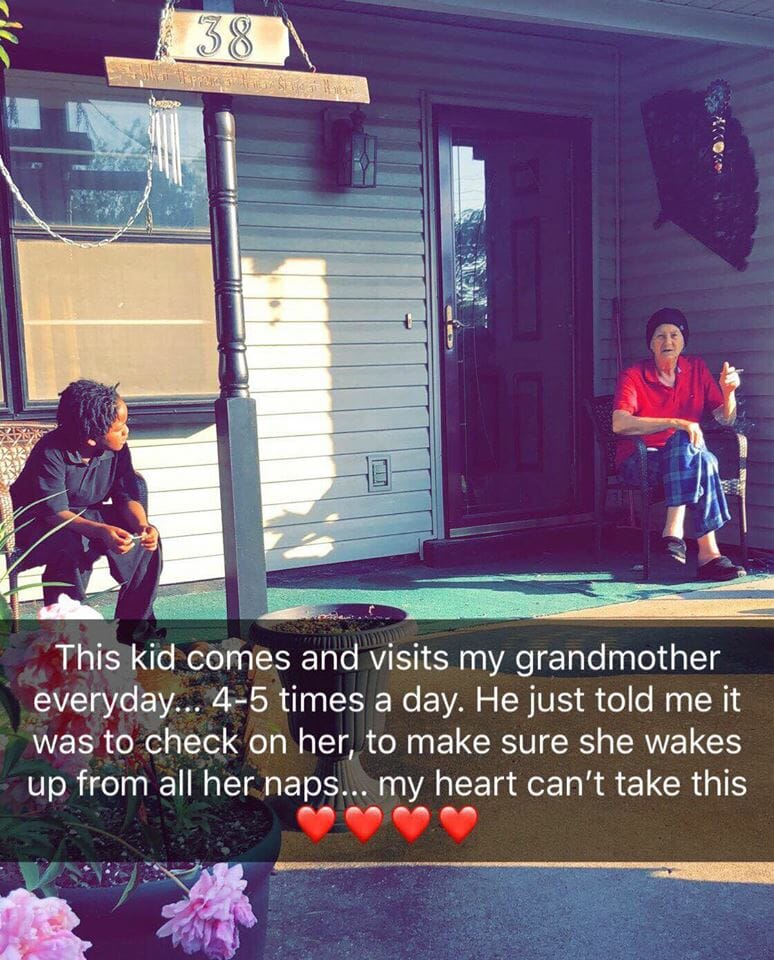 Darrien explained how the boy has an “old man’s soul” that everyone loves.

“My nana is so attached to him and the bond they have is incredible. He doesn’t come from much, but you can tell he has been raised on love. He will bust out a dance move in a heartbeat, will go on and on about how much he loves school, and make you laugh until you cry. This kid deserves the love he has received from this post. He stands out from the norm and brings so much joy into everyone’s life he is around.

“I am so thankful for him and the love he has shown my grandmother. I know for certain it has helped her on her hardest days. He will never know how much I truly appreciate him. I hope one day he realizes the impact he has left on her life and mine as well.”

In a world where age, race and gender are such hot topics it’s nice to see that in Tennessee none of that matters and two people can sit and chat.