Many people believe how young generations lack certain values their parents and grandparents lived by, such as compassion and understanding. However, this doesn’t have to be true for every young kid. There are still those who would never have a second thought when it comes to stepping in for those in need. Kids like these restore our faith in the youth and remind us that no good deed ever goes unnoticed.

An old couple was struggling to get back in their car after they stopped at a gas station trying to take a break from the driving. Three young men noticed the husband and the wife and rushed to offer help. The whole thing unfolded in front of the eyes of a police officer who recorded the incident. She believes how the video will serve as an inspiration for others to do the same thing when in a similar situation.

Joc Koe Stoe, Marty, and Freddie G were getting soda and chips at the gas station in Williston, Florida in which Rose and David Griest were buying some gas.

However, the couple who were both over 100 years old couldn’t get back into the SUV. They were traveling to Orlando where Rose was about to get her medical treatment. She was uncontrollably shaking and could barely stand on her feet. The guys hold her firmly and safely placed her inside the vehicle. They also helped her husband by handling him the walker and making sure he got inside too.

Police officer Kanesha Carnegie of the Levy County Sheriff’s Office who happened to pass by the parking lot was glad the guys offered to help.

She later said how her first thought was to approach the couple, but once she saw the young men were willing to lend a helping hand, she just stood there and decided to put everything on tape.

Carnegie knew the boys who are local rappers from before. She told Fox 5 DC how they are all good guys who are a valuable part of the community. She is honest when she says how she didn’t expect anything less from them.

“I know these men from the neighborhood, and I wanted them to have that moment to show who they really are.”

The video of Joc Koe Stoe, Marty, and Freddie G’s good deed was posted on Facebook and it took the Internet by storm. It has been seen by around 5 million people who agree how these guys are just awesome.

The old couple’s grandson, Tommy, saw the video and said how his grandparents don’t use social media but he was more than happy to show it to them.

After they got into the SUV, David thanked the men for what they did and wished them good luck. The boys are, however, impressed how people who are over 100 years old could still travel at such an old age.

We hope this video and this young men’s act will serve as an example for other young people to show their kindness whenever possible. 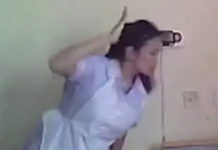 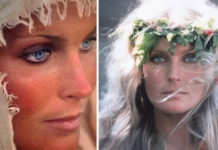