Life can be hard at times, and things get challenging, and the only thing we can do is fight our battles and hope for a better future.

Things are even harder for those with disabilities because people can be cruel and instead of offering acceptance, they see those individuals as different.

Alison Lapper was born without limbs and doctors were certain she wouldn’t make it too far, but she proved everyone wrong. However, Alison had a rough childhood and was taken away from her mother when she was just few weeks old because as they claimed, the state would take better care of her.

At the place where she grew up, Alison and those who were disabled in one way or another were referred to as “strange little creatures.” However, no matter how hard thing got, she thrived.

Alison even became an accomplished artist and made incredibly beautiful paintings using her mouth.

This brave woman who never gave up fighting for a better life had one wish. She wanted to become a mother, but that represented a difficulty too. Unfortunately, she experienced several miscarriages when she was young.

“I had been pregnant in my 20s, had miscarried four times and had always assumed that becoming a mother was not a possibility for me. But when I became pregnant again in April 1999 I knew I wasn’t going to miscarry. I was very fit and healthy and everything in my body and brain felt right,” she told The Guardian.

Alison got the attention of the public after she posed naked for a statue when eight months pregnant. That Marc Quinn statue stood in Trafalgar Square for two years, according to the Independent.

Shortly before she was supposed to give birth, Alison’s partner left her. She was all by herself but she knew she would be a great mother. Then, her son Parys was born. “He was healthy, he was cute, he was a blessed miracle,” she said.

“When I saw him, I just cried and cried,” she said, as quoted by Mail Online. “The emotions I felt were indescribable. I had never imagined I was going to be a mother, never thought it could be possible. But when they placed him on my shoulder and I gave him a little kiss on his head and said ‘hello’, I was overwhelmed.”

When her son was five years old, this single mother said, “My disability hasn’t ever created a barrier between us, but if the children at school tease him or make negative comments about his mother he may find it hard to deal with.

“…we’ve been through a lot together. I am the only person who has been constantly in his life since he was born.”

Parys was often severely bullied because of his mother’s looks, and that affected him deeply.

When he turned 19, Parys died due to a supposed overdose. Alison’s heart was shattered into a million pieces, Her “greatest piece of artwork,” as she called him, was now gone.

“Alison Lapper spent eight hours beside him, crying, hugging him and kissing his hair,” The Times quoted.

We are deeply saddened by this loss. Alison was an awesome mother and her son was snitched from her because of bullying. May he rest in peace.

Dying baby has only weeks to live, his parents are trying to complete his bucket list

Couple hid their pregnancy for months, now they visit their family and friends with a baby in their hands

Dad talks to his baby in the belly – when she’s born, her reaction to his voice is the most adorable ever 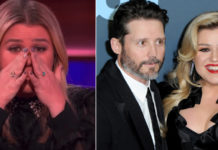