The remains of a soldier who took part in the Korean War have been found 63 years after he’d gone missing. The sacrifice he made for this country has been greeted by the Honor Guard of the Delta Air Lines. They gathered at the Hartsfield-Jackson International Airport in Atlanta, Georgia and paid tribute to the fallen soldier.

In another, smaller casket, were bone fragments of another soldier whose body was already buried. Both caskets were covered in U.S Flags.

The video has touched many Americans who are aware of the sacrifice soldiers do for the well-being of our land and its people.

When you enjoy the comfort of your home during holidays and family gatherings, think of those people in the military who don’t get to see their loved ones in months, or even years. And they do all that so that ordinary citizens like you and I could sleep peacefully at night.

The heartbreaking scene shows members of the Delta Honor Guard receiving the caskets, lowering the flags, and reading a prayer for those who lost their life during the war. 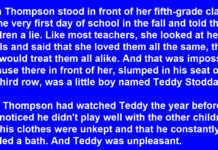 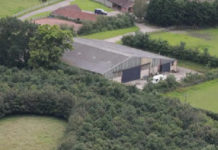