Sometimes people find themselves in desperate situations and are forced to ask for help from their family, friends, or even strangers.

And if they are lucky enough, they will stumble upon empathetic and considerate humans who will understand their problems, feel their pain, and do everything in their power to provide some help.

Unfortunately, nowadays it’s not that common for people to take the time and help someone in need because we’ve become selfish and self-centered and hearing stories of Samaritans who do good deeds always comes as a refreshment and an inspiration.

The following story will make your day and restore your faith in humanity, in case you’ve lost it along the way.

One lady shares with us what happened the day she met young man who had spent his bottom dollar and asked her if she could buy some milk for him.

“My first thought was to say no but as I was paying for my gas I grabbed the milk.”

Her gut was telling her that he was a nice young man who simply struggled to make ends meet.

“Outside was his girlfriend holding a box of cereal. He thanked me and I started to walk to my car. Something in me made me turn around. I told them I was about to get a car wash but if he wanted to wash it for me I’d pay him $20. We went to the nearest car wash and he had tears in his eyes after I paid him!”

“He told me that more than anything he appreciated me giving him the opportunity to be a man again in the eyes of his girlfriend and work for the money,” she continued. “The whole time his girlfriend helped him. It’s like she was proud of him. You could tell the love was so real. Real beyond material things and what he could do for her.”

The woman did an amazing thing. She found the perfect way to help this young man out without making him feel as though he begged for the money, but gave him the opportunity to earn it.

It’s also sort of startling that the girl was with him not because he was some rich guy with a fancy car but because she was truly in love which is a rarity in the world where money is everything. 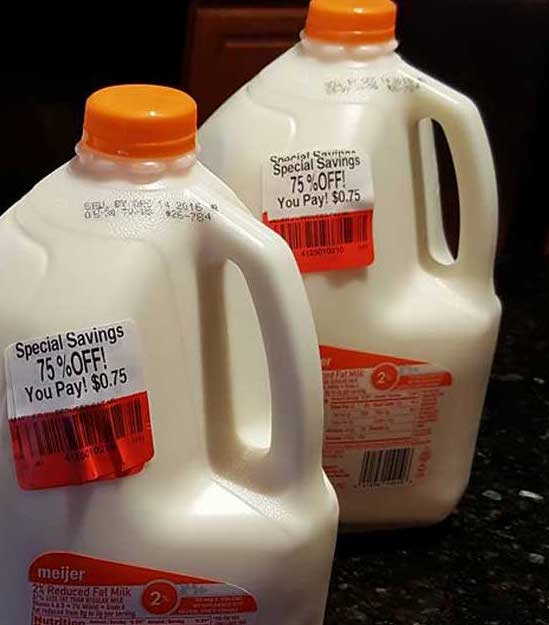 “She told him he did a great job and he couldn’t stop smiling. I had a long talk with him and her and he had a backpack full of paperwork from all of the places he’s been going to get help for them.”

“I drove them to my apartment complex and gave him clothes for interviews and a few outfits and fitted caps. I don’t have much but life is about sharing what you do have.”

“Be a blessing to someone today because you could be in that situation before you know it! I gave them my number and I plan to take them to any interviews or appointments they have. It’s a great day to be alive no matter what your situation is. Someone has it worse than you!

Share this message and inspire others to do good.

Mom’s belly won’t stop growing, people don’t believe her when she says how many babies are inside

Remember Julia Stiles? This is why you don’t hear so much about her anymore