Ben Watkins was an incredibly talented boy of 14 years who was part of the most famous culinary show MasterChef Junior.

Sadly, sweet Ben passed away after battling a very rare form of cancer known as angiomatoid fibrous histiocytoma for a year and a half.

He was diagnosed with the deadly disease which affected his soft tissue shortly after a family tragedy in which he lost both his parents. It was in September 2017 that his mom and dad died of murder-suicide, leaving Ben behind.

He was described by many as a loving and caring boy who was very passionate about cooking. “He never, ever complained. Ben was and will always be the strongest person we know,” the statement released by his grandmother, Donna Edwards, and uncle, Anthony Edwards said.

Ben Watkins, a popular “MasterChef Junior” contestant who lost his parents to a murder-suicide before his season aired, died at age 14 after a rare-cancer battle. 💔

His grandmother shared the news on a GoFundMe page that was raising money for treatment.https://t.co/j6fCTvcr8f

“When Ben’s rare illness was shared with the world, he was so heartened by the outpouring of love he received from every corner of the globe – especially here in his hometown of Gary, Indiana. We cannot thank this community enough for holding our family up in prayer and for all that you’ve done,” the statement further read. “Ben suffered more than his share in his fourteen years on this Earth, but we take solace in that his suffering is finally over and in that, in the end, Ben knew he was loved by so many.”

After the loss of his parents, a GoFundMe page was set to help Ben, and now, after his death, it was reorganized again.

Chef Gordon Ramsey paid tribute to Ben and described him as “an incredibly talented home cook and even stronger young man.”

We lost a Master of the @MasterChefJrFOX kitchen today. Ben you were an incredibly talented home cook and even stronger young man. Your young life had so many tough turns but you always persevered. Sending all the love to Ben Watkins’ family with this terrible loss Gx pic.twitter.com/RX81hP7lbw 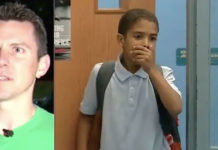 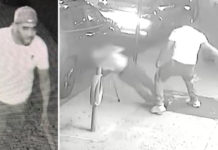