One South Carolina father was forced to go through hell after his daughter was put up for adoption and ended up with a new family without his knowledge.

Christopher Emanuel spent eight long months fighting at court until he was able to embrace his girl again and hear her call him dad. He wasn’t sure whether Skylar would be returned to him, but he never gave up.

All parties involved are not without fault in #thwarting me and violating my Constitutional, State and God given rights…

Namely, Christopher asked for his name to be written on the state’s responsible fatherhood registry. This way, he knew he would be notified if his ex girlfriend, Skylar’s mom, tried to give the girl for adoption, something she obviously planned on doing the entire time.

Sadly, a couple of days after he made this request, a Southern California family filed to adopt Skylar, and Christopher’s name was listed nowhere in the paperwork.

Speaking to the news station WACH, Christopher explained that he was feeling completely devastated and lost as all he ever wanted was to be a great dad.

“My daughter was in San Diego, California, with the perspective adoptive couple where her name is changed. I have medical documentation calling my daughter another name and she was never legally adopted,” Christopher said, according to ABC4 News.

With the small #Team we currently have, we cant do this by ourselves ‼️

Join  us in our fight to change the policy that…

Luckily, court records showed that his paternal rights were terminated without his permission and he was granted a sole custody of his daughter.

Today, the two live together and are very happy. Christopher founded the Sky is the Limit Foundation whose goal is to teach fathers of their paternal rights. He and Skylar are travelling all across the country and are helping fathers in need.

Christopher Emanuel wins custody of his daughter after she was adopted, as a newborn, without his permission. He said…

We are very happy everything turned for the best for these father and daughter. 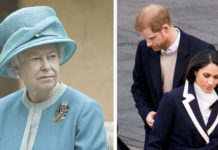