Bored Daddy
Home Animals Bear Locked In Tiny Cage For 17 Years Feels the Taste of...
Share2K
Tweet
Pin
Share
2K Shares
Imagine how awful living in a cage your whole life would be. Being held captive and missing out on all life has to offer, even the day to day things we take for granted, would be awful. For Kai and the other Ussuri brown bears, that became their life.

At the age of a cub, somebody snatched Kai from his mom and put him in a cage not much larger than him. For 17 years, all he knew was that cage. 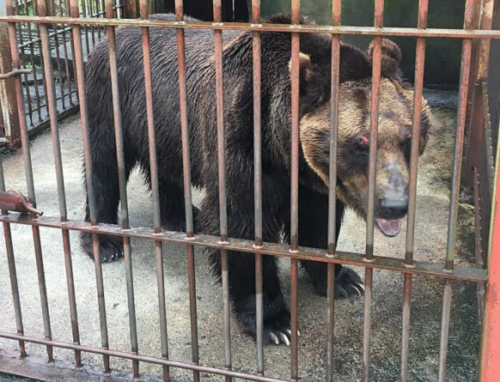 Kai became one of four ‘living exhibits’ at the Ainu Culture Museum on a Japanese Island. Him, 27-year-old female Hanako, male Amu, and his brother Riku all lived in separate cages.

Many years before, they sacrificed bear cubs. No longer sacrificing, the bears get locked up in a cage.

Because nowhere in Japan would accept the bears, Wild Welfare called Yorkshire Wildlife Park in England. Luckily, they said ‘yes.’

The bears flew nearly 6,000 miles to their new life in the UK. Still, they had no idea what a surprise they had coming.

Now, they have four acres of land to explore. Along with climbing frames, a lake, and a straw bed, the bears now have all the food they need.

Take a look at the moment when Kai realized his freedom: 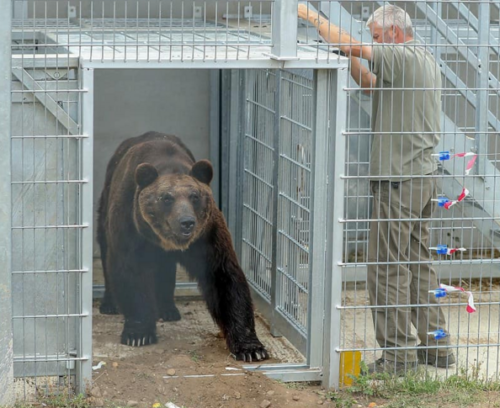 After he saw his new home, he ran right into the lake. 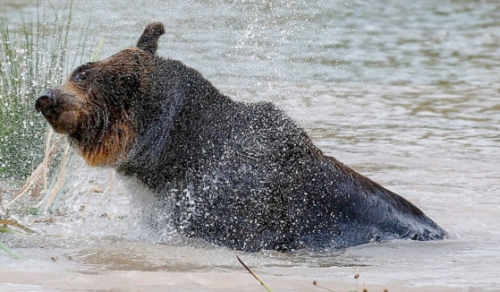 This must have been the best day of his life!