Seeing a stray dog on the streets isn’t anything unusual as many of these animals are struggling to find food and shelter. Some of them ended up there after being abandoned by their owners, and for others that kind of life is all they know of.

The reality is that we have no idea how hard it is for them to survive, and we certainly don’t know their background story. For most of us, they are just dogs who didn’t have any luck to become someone’s pet.

An animal rescuer named Yusuf Kılıçsarı is aware of all this, so one day, he decided to film a dog he saw running down the road trying to learn more of the life they have on the streets. 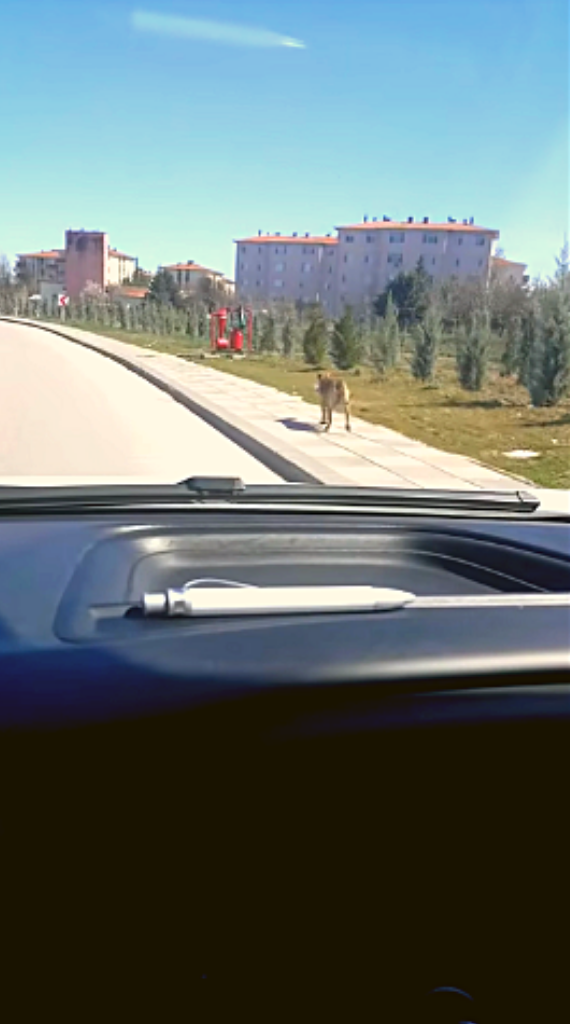 But as he got a closer look at the dog, he noticed something pretty unusual. She was carrying a bowl of food in the mouth.

Yusuf couldn’t help but wonder where this dog was going. Was there someone waiting for her to bring the food, or she was just trying to find a safe place to have her lunch.

The dog was determined not to spill any of the food she had in her bowl, and she was so focused on it that she risked a car to hit her while she was crossing the street.

Luckily, the driver noticed her just on time to stop his car. The dog didn’t even turn her head for a moment, all she wanted was to get where she wanted to be.

Yusuf’s curiosity grew even bigger at this point and he just followed in her footsteps.

He had to go through a series of junkyard cars and gravel pits in order not to lose her off his sight. Finally, Yusuf understood why this stray dog was so focused and determined to bring that bowl of food at that secluded place. 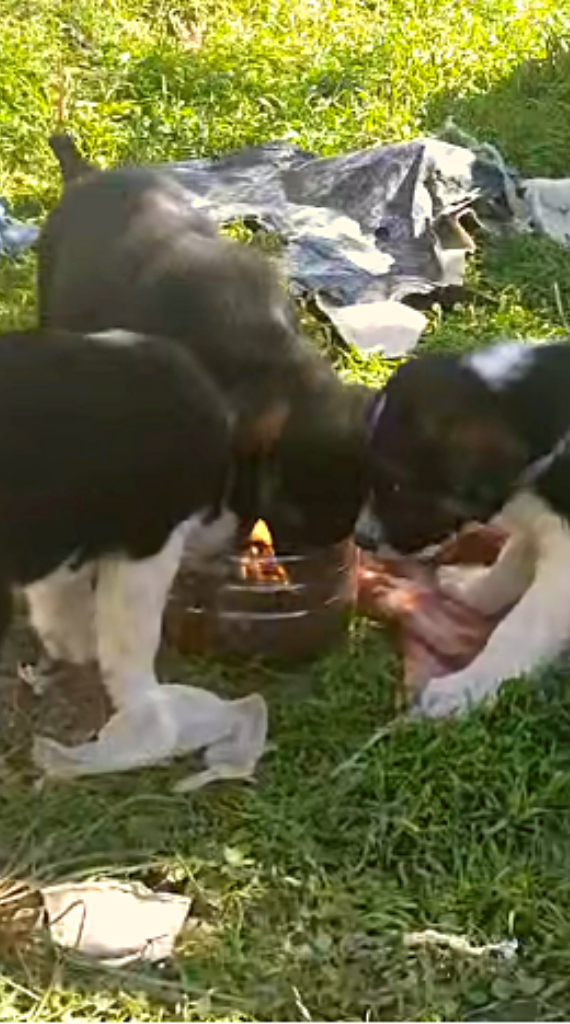 This animal rescuer came across the most heartwarming scene ever. The stray dog was a mommy of four sweet pups who were eagerly waiting for her to bring them a meal to munch on.

The babies were over the moon seeing their mom getting back from her adventure of finding food as they were all pretty hungry.

Yusuf was happy he got to put the scene on tape and he understood that something in him told him to follow that mommy dog who at that point was both satisfied and exhausted from walking that long.

After filling their tummies with some delicious food, the puppies proceeded playing around, having fun, and thanking their mother by giving her kisses and juicy licks.

This stray dog is one devoted and happy mother who’d do anything for the well-being of her little ones. The moment Yusuf was able to put on tape is a precious one and witnesses that nothing beats mother’s love.

We don’t know what happened to this dog family, but we hope they all found their happiness with human families because life on the streets is hard.

Take a look at the sweet video below.

Toddler Gets Too Close to a Baby Gorilla