One consistent thing that seems to happen in all schools, at least to some extent, it’s bullying, being such a common occurrence there are many children who are made to feel awful daily! This distasteful act was happening to seven-year-old Ashley Wastakiewicz, she is in the first grade of school…

Ashley was being bullied by an older 11-year-old child in her neighborhood and it wasn’t just verbal bullying, it had started to take an even more serious turn and was becoming increasingly more aggressive towards her.

The bully was pulling and pushing Ashley off her bike constantly, and generally tormenting her continuously.

Ashley was even in the hospital one day because of the attacks that were happening to her, she was scared and understandably not feeling good about things! 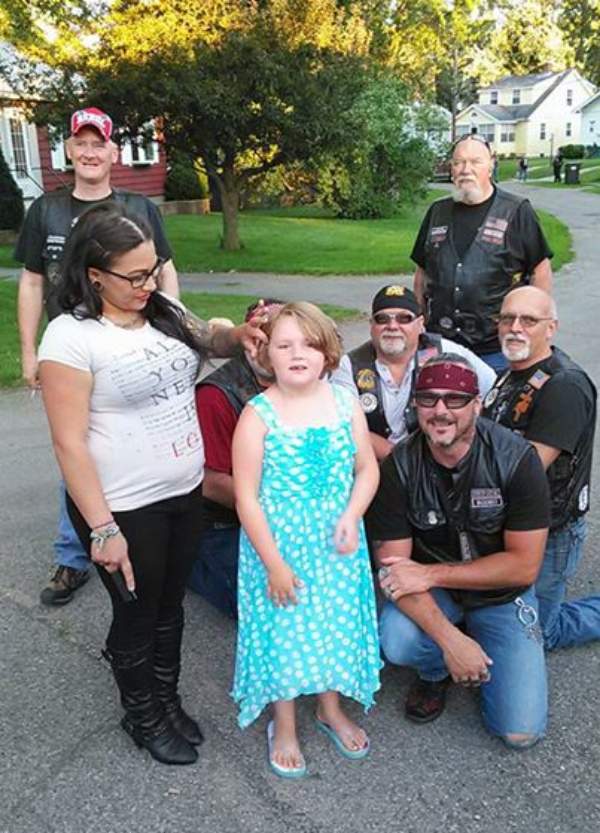 The boy that was doing the bullying was charged with assault by the police, but even after that he didn’t care and they denied everything that they could!

It was just too much to handle everything going on for Ashley’s mother. SHe posted a desperate cry for help by creating a Facebook page called “Justice for Ashley” she was really just looking to find support and help!

Ashley’s mom Christine held out hope to hear from even a few people that knew what to do or were willing to help, but she really never thought about who would show up to help her… 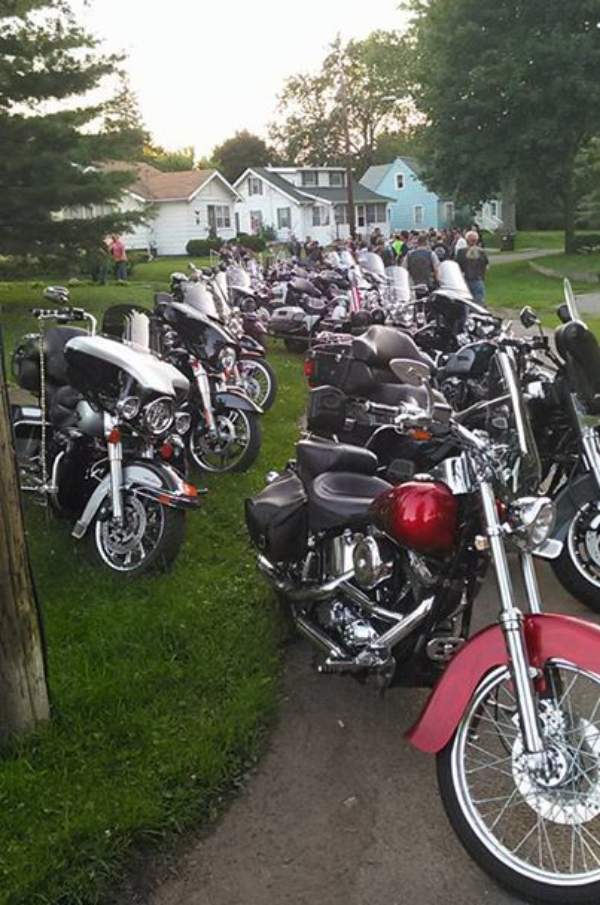 There was a group of really caring people who would respond to her, a local motorcycle group had heard all about Ashley’s problem and what was going on.

The ‘bikers’ are a unison group, they gathered and decided that they really wanted to help and support her, god bless them!

“We got word from other brothers at other clubs and we all met …I don’t believe in bullying. Nobody should be bullied. We wanted a show of force, that she is loved and she’s got people out here that care for her.”

Another biker who wanted to help, John Spencer, wrote:

“We made a difference tonight and helped in the widespread fight against bullying, particularly with a very serious case with a wonderful little 7 year old girl named Ashley, whom has (had) a terrible bully in her neighborhood for quite some time now and has been terrified to play outside her own home after being sent to the E.R. and continuously threatened and hurt.”

Afterward, the whole group of motor enthusiasts escorted Ashley back to her home with dozens Harley Davidson bikes right to her doorstep! 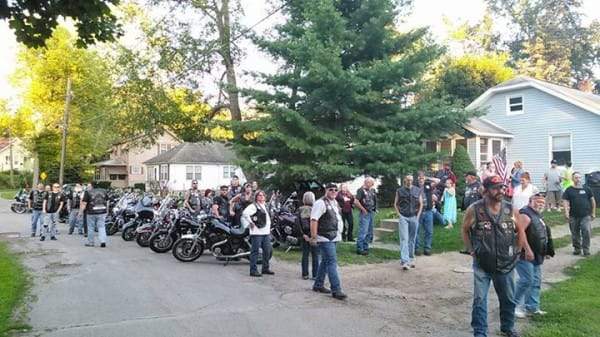 The bikers also put on a show of solidarity by driving to the bully’s house, just to let them know that they were supporting Ashley!

These bikers might seem a bit threatening, but their actions and who they are is absolutely lovely people!