George Floyd, an African-American man whose life ended after a white cop knelt on his neck for almost nine minutes and ignored onlookers’ pleas to remove his knee while Floyd kept repeating “I can’t breathe” became the symbol of the modern day civil rights movement. This tragic incident triggered unprecedented protests all over the United States and people fighting against police brutality can be seen all over the country.

Derek Chauvin, the cop who killed Floyd and has since been charged with murder left a black mark on police officers and many of them are trying to prove the world just the opposite, that they are there to serve them.

Recently, a peaceful march was held in Houston, Texas, as part of the movement triggered by Floyd’s death and five-year-old girl named Simone Bartee and her parents Simoen and Sion took part in it. All of a sudden, little Simone started crying and a cop approached her and asked what was wrong. The girl then asked him, “Are you gonna shoot us?” The officer’s answers melted our hearts. Instead of answering right away, he got down on his knee and hugged the little girl.

During the protest in Houston yesterday one of the police officers noticed my daughter crying. She asked him “Are you gonna shoot us” he got down on one knee wrapped his arm around her and responded: pic.twitter.com/gQWF7HMf3l

The video was shared on Twitter by Simone’s mother. The officer could be heard saying, “We’re here to protect you okay? We’re not here to hurt you at all. You can protest, you can party, you can do whatever you want. Just don’t break nothing.” That calmed the girl down and she stopped crying and feeling bad.

This sweet story is a proof that not all cops are bad or insensitive. Many of them go above and beyond their duty in order to serve the people they are sworn to protect, just like this police officer. 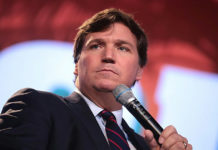 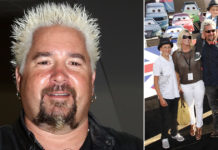 Meet Megan and Morgan, the “Trueblue Twins” who are an internet sensation