Dealing with the serious illness of a child can make even the sanest of families go crazy. What do you do when there’s nothing to do to help your child?

Ruth Scully never thought her life would come to be being scared of looking at the bathmat in her own bathroom.

For most, a bath mat is something that is just simply there. However, for Ruth it became much more.

At just three-years-old, her son Nolan began to get sick. When his breathing became difficult, Ruth took Nolan to the hospital.

With a resistance to antibiotics, steam, and saline spray, Nolan received tonsil removal surgery in 2015. 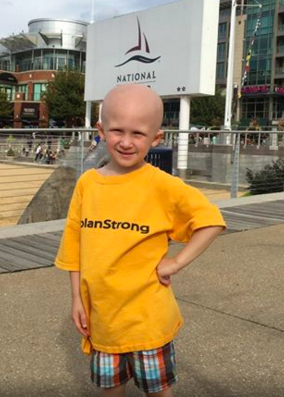 When doctors tested the tissue, they discovered he suffered from rhabdomysosarcoma, a soft tissue cancer.

In one day, the Scully family learned their life would be turned upside down.

Dealing with chemo, radiation, and hospital visits, the family prayed for Nolan to win his battle. 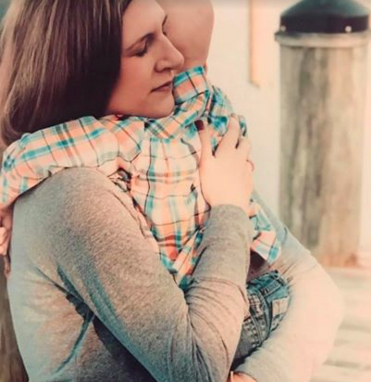 While he was sick, Nolan always wanted his mom. He never left her, including in the shower. He simply sat on the bath mat to wait for her.

One day in 2017, doctors broke the news there would be no more suffering because his treatments were exhausted. Ruth understood her days with her sweet son were coming to an end.

She told Nolan the news. He felt relieved he didn’t have to fight anymore.

The family gathered his things to go home. However, Nolan told mom he wanted to stay.

Ruth asked her baby if she could grab a quick shower. 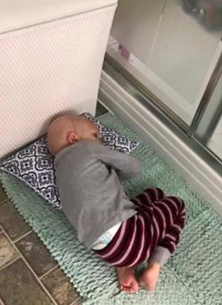 Ruth lay in bed, beside her son, knowing that she didn’t have much time left with Nolan. But then, in what his mom describes as a ‘miracle’, Nolan woke up, smiled at his mother and said: “I love you mommy”.

After that, he fell back to sleep without waking up again.

Since then, the bathroom mat always brings pain to Ruth. She’ll never forget the way Nolan used to lie there waiting on her.