People face different obstacles and fight many battles during their life, but those related to diseases such as cancer are probably the hardest. 11-year-old Tyler Butler is a cancer survivor who is ready to conquer the world. His first step towards his goal is already accomplished and that’s taking the stage of America’s Got Talent and make the judges’ jaws drop.

This kid’s talent is just amazing. He does with his violin things even great musicians can only dream of. 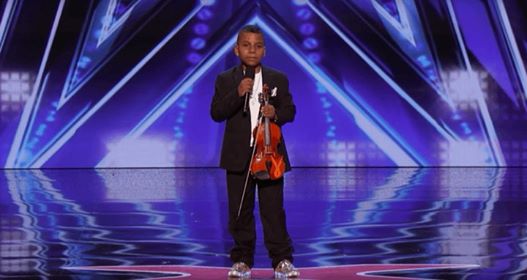 Although Tyler’s story has a happy ending, he confesses how things were pretty hard for him. Instead of showing compassion, most of his classmates would mock him for his illness and would laugh at his face for being bald.

They even spread the word how his cancer was contagious so others would avoid talking to him or even getting near him. 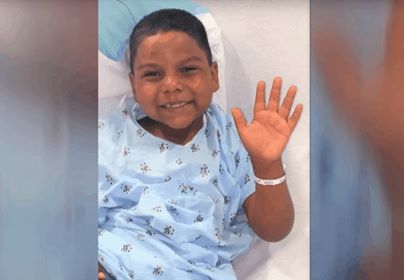 This all changed one day when he learned the school was offering free violin lessons. No one in the family was musical, but Tyler wanted to give it a go and his mom was more than happy for him to be keeping himself busy and forget about the cancer even for a short time.

Shortly after, Tyler got so great with the instrument that instead of refering to him as the boy with cancer, everyone recognized him as “the kid with the violin.” 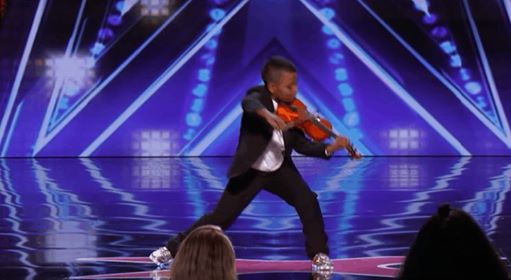 This time he got to show his incredible skills in front of the panel of judges and the audience. His performance mesmerized everyone. It was powerful, emotional, and energetic all at once. Playing “What Doesn’t Kill Me Makes Me Stronger” he nailed it and got standing ovations.

His devotion and the hours of practice paid off as Tyler got the Golden Buzzer from Simon.

Tyler you are such an inspiration. We wish you only success in the future.

Daughter’s Shorts are Too Short, so Dad Gets Creative as He Tries to Prove a Point

This Giant Noah’s Ark Theme Park Has Amazing Things Inside

Canadian Police Accepts a Challenge, Gets Whole Town Involved as They Perform to Backstreet Boys Song

Woman Swims into Sea, Gives Birth in Front of Tourists

Boy selling food to earn a living is ambushed by bullies who slap and throw him to the ground...

Woman Swims into Sea, Gives Birth in Front of Tourists