As we keep praying for five-year-old Landen to recover from the horrific injuries he suffered after he was thrown from the third floor balcony, the man who committed the gruesome act revealed the motives behind his action.

The boy’s family was left in complete shock and disbelief, never assuming what was supposed to be a fun day at the mall could turn into the worst nightmare.

According to the New York Post, when questioned by the police, 24-year-old Emmanuel Deshawn Aranda said he planned on killing an adult that day, but Landen got on his way and became the victim of this lunatic.

The tragic incident took place on Friday, April 12. The fall left little Landen with severe injuries, and currently, no improvement in his condition has been reported by the hospital where he has been admitted. The boy suffered fractured bones in his limbs, as well as massive head trauma and bleeding from the head.

The suspect has been charged with attempted premeditated first-degree murder. He confessed that at the time he visited the Minnesota’s Mall of America, his intentions were to find someone to kill. He believed it was going to be an adult as they are the ones who usually stay near the mall balconies. Unfortunately, Landen found himself at the scene and became the victim.

The New York Post reported that as Aranda got closer to Landen and his mom, she asked whether they should move so that he could pass by, and it was then that he “picked up the victim and threw him.”

After this, he simply started running. What a cold-hearted man.

It was later revealed how Aranda’s aggressive behavior was a result of the rejections he was getting by all those women he tried to seduce at the Bloomington mall throughout the years.

As for sweet little Lendon, he found himself in the wrong place at the wrong time, and now the whole nation is standing by his side. The GoFundMe page that was set to raise the money needed for his medical treatments stand in excess of $730,000. If you want to donate funds, please visit the page.

All we hope for is for Lendon to recover and have a normal childhood. Our thoughts and prayers are with him and his family. 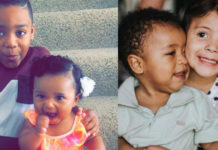 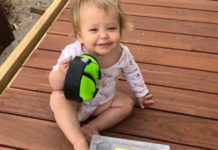 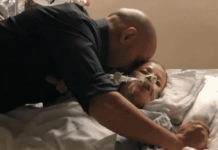 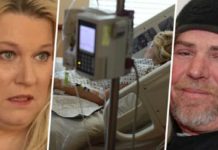