Who wouldn’t want to be named the school’s homecoming royalty? Getting the crown means your contribution and achievements didn’t go unnoticed by the educational organization. It’s a great honor indeed.

However, the homecoming of Douglas County High School was quite different and touching. When the homecoming king ripped the sash and removed the crown, the crowd was left in awe when they understood why he did that. 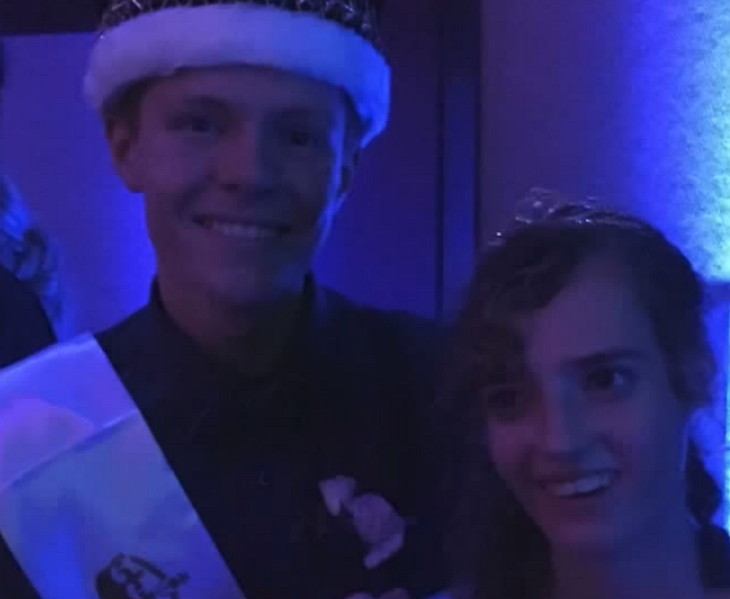 YouTubeAt the game, Brad Cooley was crowned royalty along with the 17-year-old Meghan who suffers from a form of cerebral palsy that prevents her from speaking on her own. Megan has a best friend named Ian who was also part of the high school reunion. What is special about Ian is that he’s got Down Syndrome. Meghan and Ian have been best of friends from the moment they met 12 years ago and the two were planning on attending the homecoming dance party together.

Once the party started, Cooley knew there was someone out there who deserved the title of a king more than he did. So he took his crown off and gave it to Ian.

‘”Something didn’t feel right to me, it didn’t feel like I was the one who was supposed to have it. There was just something in me that was like, I just felt like it would be better deserved for someone else.”

No one could hold their tears back when they learned what this young man did from Meghan and Ian. Meghan’s mom said:

‘”It was amazing to have just the sweetness of sharing that moment, it was really amazing.”

And Jim, Ian’s father, also commented Cooley’s act of kindness. This made his son unbelievably happy.

‘”It was really overwhelming, so it is a very, very special, it was a special night and a special memory and we’re going to hold on to that one.”

The act came just at the right time. Unfortunately, Ian’s mother passed away two months before that party took place. She lost her battle with cancer, and although the family was still grieving her loss, they were certain she would have been overjoyed if she had had the chance to witness this special moment. Both Ian and his father know that although she is not physically present, she will always live in their hearts.

‘”She was my hero before she was diagnosed. Yeah she was, yep, she was and she still is and our hope now is that with the help of a whole team of other people the work that she did and just make the world a better place not just for Ian, but for everybody.”

Both families appreciate what Brad Cooley did because its a perfect way of teaching people how important it is for these people to be included in the community. And the smiles on their faces definitely speak inclusion. Compassionate people like Cooley make this World a better place.