Being a foster parent means making a change in a child’s life. These people are compassionate and caring and always ready to open their hearts and homes to minors in need of love and kindness.

Lamont Thomas from Buffalo, New York, has devoted the last 20 years of his life fostering children. Speaking to Good Morning America of the time he welcomed the first child, this amazing man says, “In the beginning, I was helping out some friends. They had lost their child to the system. I went on and got certified and became a foster parent. I haven’t stopped since.”

Believe it or not, Lamont has fostered more than 30 kids, five of which he officially adopted. So with his two biological children, Anthony and LaMonica, he became a father of seven.

The first kid Lamont adopted is Michael Thomas. He’s now 27 and recalls the time he became part of the family.

“He was my third foster home and it ended up being my forever home,” Michael said. “He [knew] my biological parents.”

“Lamont never turned [a child] away,” Michael added. “They either aged out or went back home to their own families.”

With seven kids to take care of on his own, Lamont knew he was done adopting, but then he came across a very special case that made him change his mind.

Five siblings aged 5,4,3,2 and 1, who were children of one of Lamont’s foster kids were placed in foster homes themselves. Lamont was sad the kids got to experience their parent’s fate, and his heart tore apart when he learned Zendaya, Jamel, Nakia, Major, and Michaela were separated. Not only they were taken in by four different families, but they were also in four different cities.

Sadly, that meant one thing, that they wouldn’t be raised together.

That’s when Lamont stepped in. He just couldn’t let the siblings spend their childhood without being by each other’s side so he re-certified as a foster parent and adopted all of them.

Some of his older kids had moved from the house already and had families on their own, so Lamont knew he was making the right decision as he could devote all his time to the new addition to the family.

“I was fighting to keep back the tears,” he said of his adoption day with Judge Lisa Rodwin. “Every day I think about it, my eyes swell up. All that we endured to make this happen, it was something.”

This incredible single dad was now a father of 12 children. He knew things wouldn’t be easy, but he was willing to give it a go.

“They bring new energy to me,” Lamont shared. “They’re lovable kids, very affectionate. They deserve to be raised as siblings, and that was my fight.”

Everyone who knows Lamont says he’s the most special person they’ve ever met. He made huge impact in the life of every kid that has ever been part of his family, and now he’s doing the same thing for their kids as well.

“It’s amazing he’s taking on all of them,” LaMonica told the morning show. “He does anything for everybody. He’s a really a great man.”

Michael added that Lamont somehow felt fostering was his call, and he can never reject someone in need of parental love.

“We’re all grown now. I can’t believe he’s started all over again,” Michael shared. “Lamont has been a life-saver to me. I wouldn’t be the person that I am today, had Lamont not ventured in my life.”

Lamont never expected anything in return, he only hopes that his story will inspire other people to be part of the fostering system as the need for foster families increases every single day.

“I wanted to make a difference by being a difference,” he shared. “And I love what I do.” 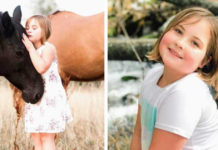