Marissa Urban is a young girl who suffers from multiple conditions. She was born with an inoperable cyst on her brain and unfortunately she is now bed-bound because of a severe case of scoliosis and cerebral palsy. But despite her conditions she tries to enjoy the little things in life such as going to the concerts of her favorite musician Keith Urban. This number one fan was feeling devastated and disappointed that she had to miss Keith’s concert in Ohio, but never in her wildest dreams could she imagine that her idol would come to her instead.

Keith not only is one of our favorite guys because of his music that we love, but also because he has a heart of gold and really cares about his fans. The moment he heard about Marissa and how she couldn’t attend his concert he headed to the hospital to give her a special performance. Needless to say, this girl was over the moon.

He was singing especially for her staying by her side, and it’s incredible to watch. 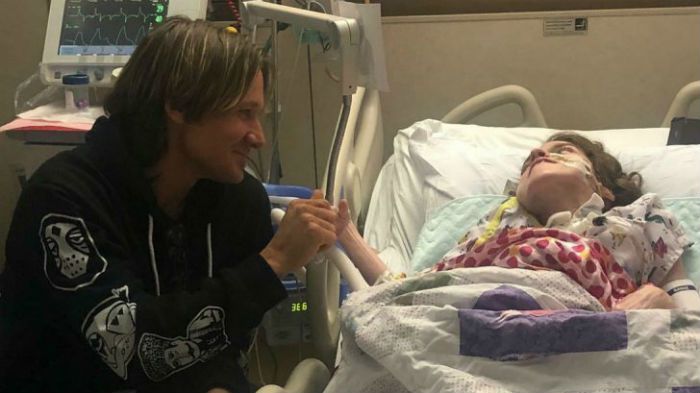 Marissa is currently staying in a hospice care at Mercy Health St. Vincent Hospital. Knowing how much attending that concert would mean to her, the nurses used social media to tell Keith Urban that his biggest fan couldn’t make it to his concert because she was too ill to go.

Even though the doctors who treat her weren’t optimistic about her condition, they are stunned by her willingness to fight for her life. 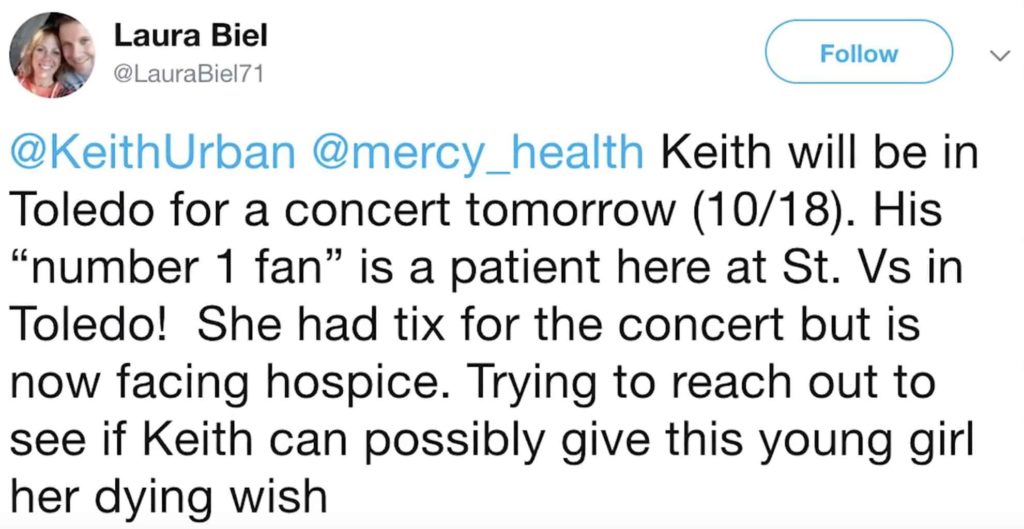 ‘She stayed in the hospital five and a half months and when we took her home, the doctors said, ‘Go home and enjoy her for possibly a year. That might be the longest you have her.’

Keith and his music are helping this 25-year-old lady to go forward and not to give up. Marissa English has been collecting memorabilia from other concerts she’s been to and so missing this gig felt like a huge disappointment.

‘She has a T-shirt that we put on a pillow that’s beside her all the time. It’s actually cute because she’ll pick up the pillow and hug it and kiss it (and) … she’ll point at it and say ‘Mr. Hottie.’ 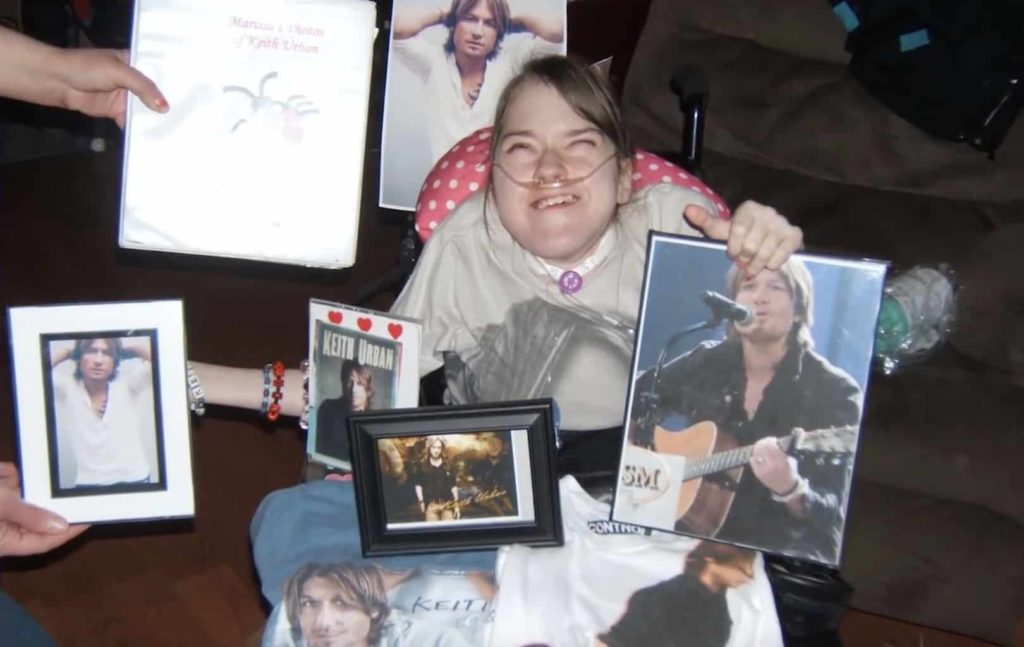 By coming to the hospital Keith made Marissa’s dream come true. The moment he starts singing is so touching that we can’t hold back our tears. He is indeed a very special person that deserves our respect.

Take a look at the emotional video below and share it with your friends.