One of the worst feelings in the world is realizing your dog is missing.

In China, there are few laws that protect animals.  The dog meat industry is responsible for over 20 million dog killings per year. Over a thousand dogs are taken right out of their homes and killed or resold every year.  There was ONE man that wasn’t about to let his pet be taken from his home.

He was able to catch the van and proceeded to crash into it with his own car. The collision caused the van to flip and come to a stop. The owner jumps out with what looks to be a machete. He started swinging the long knife in the middle of the street.  He was obviously angry and determined to do whatever he had to to save his dog. 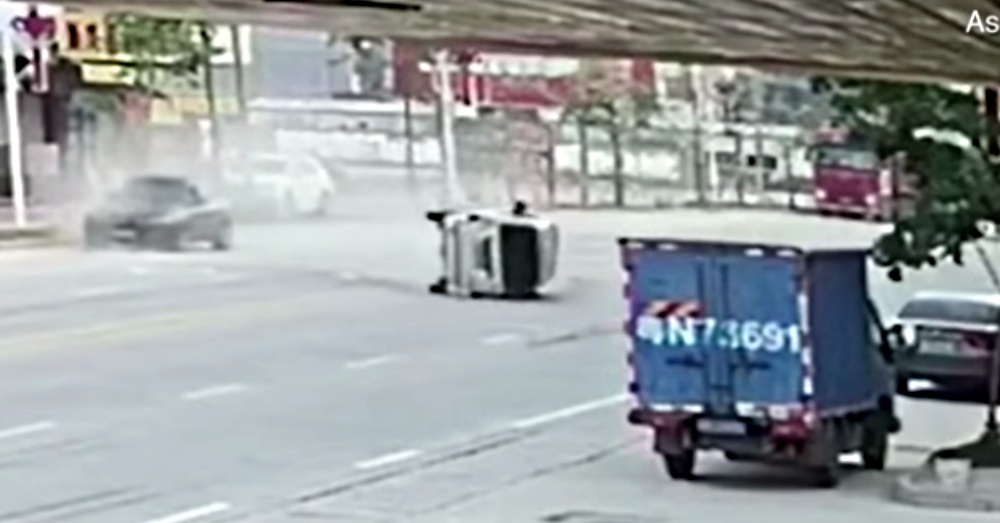 THe video shows the thief exit his vehicle with a bat ready for a battle.  Spectators as well as police officers watch at their arrival.  The officers detained the thief. Luckily, all three dogs were rescued and unharmed. The owner was so beyond happy when he was finally reunited with both of his dogs. 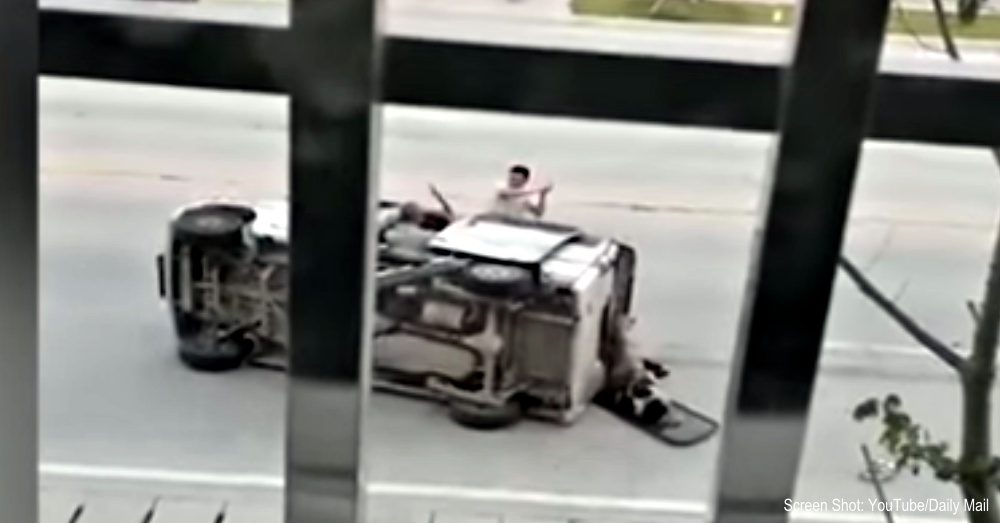 44-year-old Xie was detained by officers.

“Police also confiscated the tools believed to be used by the suspect to steal dogs, including lassos, a rod, a hammer and a butterfly catcher. They also found four fake number plates in the suspect’s van.”

Xie admitted to stealing the dogs but would not say what he planned on doing with them. It was likely that he would have killed for the dogs for meat or resold them as pets.  Luckliy these dogs are safe and sound.

The intense rescue was caught on the video below.