The man who turns from a humble reporter to a superhero marked everyone’s childhood, and Christopher Reeve was able to turn him into a life character that we could all see on our TVs, wowing in admiration. And the name of this amazing actor will always come to our mind whenever we hear the name Superman.

Reeve achieved the unachievable. He made whole generations fall in love with the character he played. Unfortunately, this great man who could brag with his looks suffered serious injuries during a horse riding accident and spent the rest of his days wheelchair bound. His paralysis, however, didn’t stop him from continuing doing what he did best; being an actor, writer, and a philanthropist.

His fans and family always stood by his side and they were the reason why he never lost hope that his condition may improve one day. Sadly, he passed away in 2004, but his three children are there to continue his legacy. Reeve had son Matthew and daughter Alexandra with his wife Gae Exton, and youngest son Will with his second wife, Dana Reeve. Today, all three run their parents’ foundation, Christopher and Dana Reeve Foundation.

This organization’s goal is to help those living with paralysis, and they are very successful at what they do. Will Reeve, who’s 25 now, gathers the attention of the public not only because he continued his parents’ work, but also because of the staggering resemblance to his late father.

When Christopher lost the ability to walk and breath on his own, little Will was only a toddler. In an interview with the People he recalls how he and his dad were very close and did lots of fun things together. Christopher even taught him how to right a bike by giving him instructions and being extremely supportive. When he lost his real life hero, Will was 11.

After his mother passed away two years later, Will moved with some family friends in his hometown. This young man grew up to his parents’ expectations. He now works for ESPN’s SportsCenter and continues being inspiration for many other young men.

He, however, never puts the foundation on the side and believes that by raising money for helping others, he’s honoring his mom and dad. He told Today:

“Their passion for everything is what made them so special. They deeply cared about making a difference in the world in any context. It was a really special experience to grow up in a house with them setting that example. I try to carry on their legacy every day by just doing what I was taught.”

When told that he looks like his father a lot, this young man says,

“My parents were beautiful people on the inside, so if I can resemble them that way, I certainly appreciate the comparison.”

People ones listed Christopher Reeve on their cover as one of the 25 most intriguing people, and Will is happy he could now share his story about Superman with the magazine. Take a look at the video below to learn more of Will’s life and the foundation he now runs. 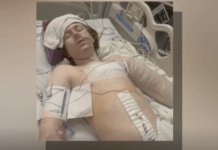 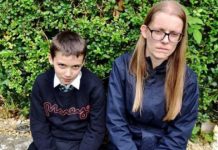 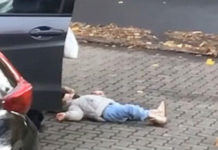 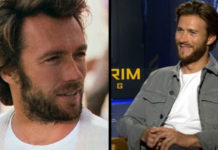